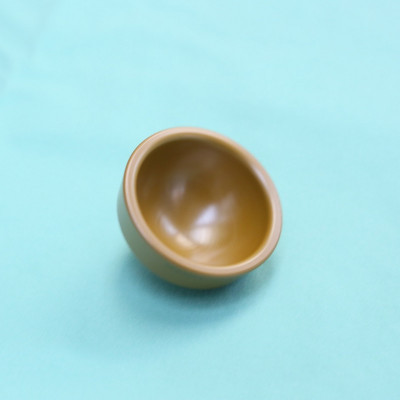 The material, a polymer-made ballast originally designed as a substitute for the steel in jet bearings, was first used three months ago in a hip replacement operation for a woman in her 60s who had suffered a hip fracture, and more recently in knee joint surgery on a woman in her late 40s. Both surgeries were overseen by Professor Doron Norman, the director of the Orthopedic Surgery Section at Rambam Health Care Campus and a lecturer at the Technion-Israel Institute of Technology, and performed by Dr. Daniel Levine.

The polymeric ballast, according to its developers, is “self-shielding, high heat resistance, zero wear, high strength, and lightweight,” and resilient to loosening and cracking, making it ideal for the space industry but also for the medical world.

The material, known scientifically as MP1, was developed jointly by Alisa Buchman, the CTO of a Nahariya-based Israeli tech start-up focused on biomaterial applications called MMA Tech, and American Professor Rob Bryant, a polymer scientist who serves as a member of MMA Tech’s board of advisors.

It has a “superior combination of strength, toughness, wear, creep and fatigue resistance for the orthopedic field,” MMA tech says.

Dr. Levine said the use of the material was “still in the experimental stage, but on the face of it, it has properties that can give better results than existing materials.”

“One of the problems with existing implants is wear and tear,” he explained. “Over time patients will have to undergo repeat surgery and replace the implant due to loosening and cracking. The expectation of the new material is long-term durability and the possibility for patients to live with a better quality of life.”

The ballast was first used 12 years ago in human surgery as part of a clinical trial in New Zealand, and the material since been in used in 74 surgeries with excellent results, says Buchman.

“Our first recipient has been with the joint for 12 years without pain, and we are certainly encouraged by the results of the additional surgeries,” she said, adding that a referral to Rambam Medical Center to take part in further clinical research “was natural and we are happy about this partnership.” At least 13 more such surgeries are set to take place in Israel as part of the clinical study, according to MMA Tech.

Buchman also added that the scientific and medical communities across Europe have shown strong interest in the development of the material. MMA Tech, as a result of the successful operations, recently received a research grant by the European Commission of 1.5 million euros, or roughly $1.8 million, for continued development.

In addition to knee and hip joints, MP1 was adapted for dental implants and is currently being developed to replace nails and plates when treating fracture and fusion in trauma injuries.