6 Israeli Companies At The Forefront Of Diabetes Care, Prevention, And Treatment

Diabetes and its prevalence in modern society have been sources of major international public health concerns for some time, as health officials worldwide have seen the number of those affected with the chronic disease rise at an alarmingly rapid rate. According to the World Health Organization, in 2014, some 422 million adults were suffering from diabetes, compared to 108 million in 1980, with an estimated 1.6 million deaths resulting directly from the disease in 2016 alone.

Public health officials have warned that the spread of diabetes, a serious disorder that occurs when the pancreas does not produce enough insulin (the hormone that regulates blood sugar), or when the body cannot effectively use the insulin it produces, has reached epidemic proportions. It has also been grossly underrated as a global health problem, according to a 2017 study on the drivers of diabetes.

Most people with diabetes across the globe suffer from type 2 diabetes, which results from the body’s ineffective use of insulin, due mainly to lifestyle factors such as excess weight combined with physical inactivity. Type 1 diabetes is characterized by deficient insulin production and is usually diagnosed in childhood. It is not known to be preventable.

Countries like the United States, where one out of every three adults could have diabetes by 2050, have launched national programs aimed at raising awareness about diabetes, encouraging dietary changes, coping mechanisms, and group activities for weight loss. 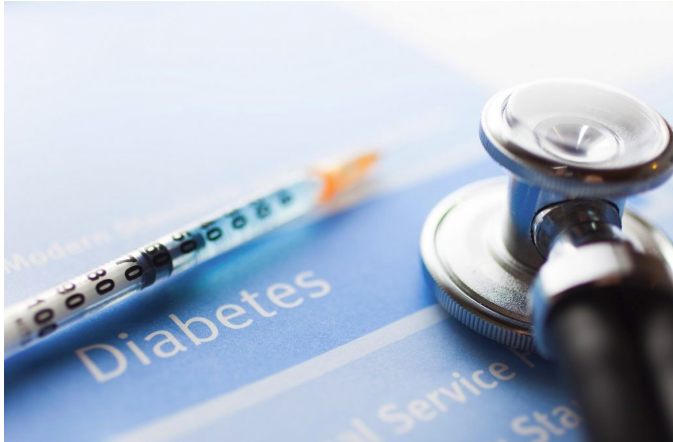 Israel meanwhile, an established world leader in the digital tech and medical technology sectors, has also quickly emerged as a center for diabetes research and diabetes-related technologies, with at least 64 active companies focused on the disease, according to Start-Up Nation Central figures.

In honor of World Diabetes Day, marked yearly on November 14 (to honor Canadian Dr. Frederick Banting, the co-discoverer of insulin, who was born on November 14, 1891), NoCamels takes a closer look at the breakthrough Israeli companies that are leading the way in the prevention, management, and treatment of the disease.

Diabetic patients are traditionally reliant on insulin injections and, consequently, vigilant self-observation throughout the day. Tel Aviv-based clinical-stage pharmaceutical company Oramed, headed by Nadav Kidron, sought to change that through the development of an oral insulin capsule aimed at replacing injectable treatments with oral solutions.

The company’s Protein Oral Delivery (POD) technology is designed to protect orally delivered proteins from detrimental enzymatic activity within the gastrointestinal tract and to enable their smooth delivery to the liver, the organ that regulates the secretion of insulin into the bloodstream. The proteins are delivered in a capsule that is protected by a coating that remains intact in the most acidic segments of the gut.

The capsules are currently in advanced clinical trials under the US Food and Drug Administration for both type 1 and type 2 diabetes.

In October, the company announced the enrolment of the first patient in an exploratory three-month clinical study of its oral insulin capsule, ORMD-0801, in the treatment of nonalcoholic steatohepatitis (NASH).

The company reported just this week that it has successfully randomized more than 50 percent of the expected 285 patients.

The company developed an engineered micro-pancreas (EMP) that provides significant levels of glucose-regulated insulin secretion over extended periods of time, eliminating dependence on insulin. A tissue-derived “micro-scaffold” in essence, EMP is a combination of harvested pancreatic islets and a proprietary biological micro-environment for supporting the harvested cells.

Traditionally, the vast majority of transplanted cells die within two days of transplantation, with 50 percent of the patients still insulin-dependent one year after transplantation, according to the company which seeks to offer a solution through the development of a connective tissue scaffold that guarantees the long-term survival of the cells, whilst ensuring their proximity to sources of nutrients and gases.

The EMP proprietary technology was developed by Prof. Eduardo Mitrani from the Department of Cell and Developmental Biology at the Hebrew University of Jerusalem, in collaboration with Prof. James Shapiro.

The company recently submitted a pre-pre-IND (Investigational New Drug) application to the Food and Drug Administration (FDA) and is currently raising funding to further optimize the therapy, complete submission to the FDA, and proceed to clinical trials.

DarioHealth is a digital health company that harnesses big data to offer a one-stop-shop for self-administered diabetes management. 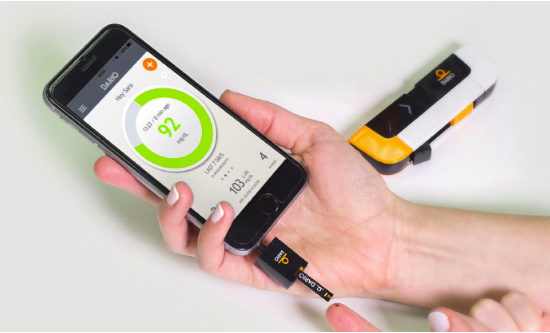 The app, through its built-in GPS location function, also enables partnering pharmacies to contact patients in case of hypoglycemia emergencies.

In addition to the app, DarioHealth offers full coverage healthcare solutions for service providers, as well as an intelligence platform that collects big data and builds predictive models and artificial intelligence (AI).

This week, DarioHealth announced that it has signed a major agreement with US food retailer and distributor Giant Eagle to roll out its Digital Diabetes Education and Rewards Program to Giant Eagle’s estimated 4.6 million client base. Customers who enroll in and use the Dario system will receive diabetes education content through the app, as well as rewards related to better management of their diabetes.

And on Wednesday, DarioHealth announced that the Dario Blood Glucose Monitor will now be available among Best Buy’s portfolio of digital healthcare services and products.

“We are excited to offer the DarioHealth digital diabetes solution through one of America’s premier technology retailers. Digital technology is advancing healthcare through continuous, real-time monitoring and data. Together, we look forward to expanding our collaboration into offering remote patient monitoring and other service-based offerings,” said DarioHealth CEO Erez Raphael in a statement.

DarioHealth has a commercial office in New York with an R&D center in Caesarea, Israel.

In April, the startup announced that it was partnering with Norwegian electronic medical record (EMR) company DiaMan AS to market the launch of the GlucoMe digital diabetes care solution in Central America where some seven million suffer from diabetes.

At the beginning of the year, the company announced that Apollo Sugar, a network of diabetes clinics in India has started integrating the firm’s device into its new national diabetes home care program.

GlucoMe has a CE mark and is seeking FDA approval. Several clinical trials of the platform are ongoing worldwide.

Founded in 2004 by entrepreneur Dr. Joseph Segman, a PhD in mathematics, the Or Akiva-based Cnoga Medical specializes in products that facilitate medical monitoring and processing of information on the cloud.

The company developed a pain-free way to monitor blood glucose levels with the aim of easing the significant discomfort of patients who suffer from diabetes and who must track their sugar levels using a finger-pricking glucose meter a number of times a day.

The device was released in 2016 and has been approved for use in a number of countries worldwide including Italy, Brazil and China.

The company’s device is intended to change the patient’s treatment algorithm to include therapies that are aimed at minimizing, if not preventing, the need for amputation.

Infrared and near-infrared light is directed into the foot, measuring results. The information is then sent to remote servers via the cloud where the company’s proprietary algorithms convert it into 3-dimensional maps describing physiological parameters within the foot. Artificial intelligence/machine learning codes then perform diagnostic classification and prognosis.

The VOTIS device is non-invasive and contact-free, not based on radiation, and functionally consistent with the guidelines of the AHA, the American Diabetes Association, and other leading medical organizations.

VOTIS is also developing a peri-operative system for use during revascularization procedures.

The VOTIS platform technology is licensed from Columbia University in the City of New York to capture data, which is then used to assess the integrity of the foot.