Imagine being able to treat burn injuries without causing added pain to the burn victim when dressing a wound. An Israeli nanotechnology company focused on the development and manufacturing of portable electrospinning technology for medical applications, has created a device that does just that and more. 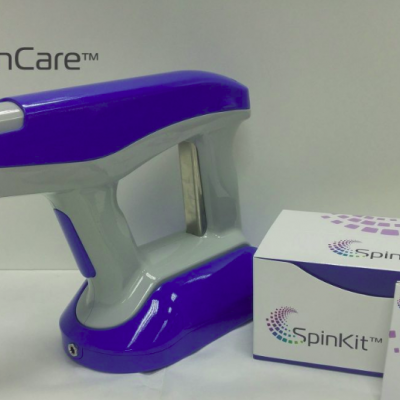 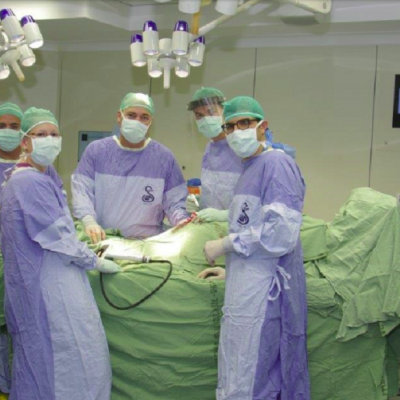 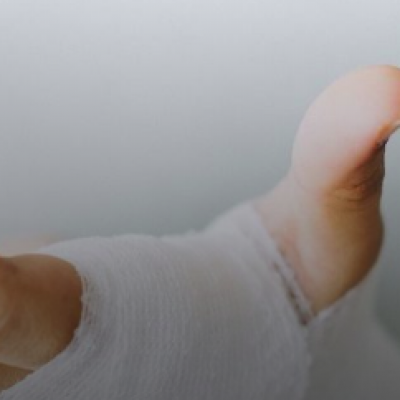 Nanomedic Technologies Ltd, based in Lod, a city just outside of Tel Aviv, has developed a breakthrough medical device that looks like an oversized glue gun, which helps burn victims skip the unbearable pain usually associated with dressing changes in burn treatment.

Nanomedic developed the SpinCare device, a portable wound care system that creates an on-the-spot nano-fibrous layer for tissue repair and healing without any contact from the caregiver. The device is used in European and Israeli hospitals and is set for commercial market release later this year.

“The unique aspect of our device is that we manufacture on-site a transient skin layer, a protective layer that remains on the wound throughout the healing process. The polymer solution we use is proprietary, with characteristics specific to the treatment for the wound,” says Barak.

Nanomedic says it is also the only company to minimize the electrospinning technology from large machine into a portable, bedside commercialized device. Barak, who has more than 20 years of experience in the development and commercialization of medical devices, says the company intends to add FDA approval to its CE mark.

“The protective layer is applied from about 20 cm away from the wound, without touching the wound. It feels like a delicate wind on the wound. You apply it once and it remains on the wound for the healing process,” says Barak. “It can take two to three weeks but the layer is there to protect the wound and to allow underneath healing of a new skin.”

There is also a reduced risk for infection, she says, because the wound is never touched. “You don’t need to replace it. Typically, the major pain that patients complain about is the traumatic changing of dressings. Here you skip this step and this is crucial for the patient and for the caregiver. After our application, you can go back to regular day-to-day life, including early showers and free movement,” says Barak.

This week is Burn Awareness week in Israel, Canada, and the United States. Burn injuries continue to be one of the world’s leading causes of unintentional death and injury, according to the World Health Organization.

“Non-fatal burns are a leading cause of morbidity, including prolonged hospitalization, disfigurement and disability, often with resulting stigma and rejection,” reports WHO.

Yavne-based MediWound, a biopharmaceutical company, is renowned for its innovative therapies in severe burn and wound management. In October, MediWound announced a $43 million contract with the US Biomedical Advanced Research and Development Authority (BARDA) to develop its flagship product for the treatment of mustard gas injuries.

Israeli-developed laser technologies are also sought after to help reduce the devastating impact of scars in burn victims.

“This is one of the birthplaces of laser medicine. You have doctors here who think innovation, it’s in their blood. It is a very exciting environment to work in,” US-based Burn Advocates Network founder Samuel Davis, tells NoCamels.

Davis was in town this week for the inauguration of the Israel Pediatric Aesthetic and Reconstructive Laser Surgery Center of Excellence (I-PEARLS), which he founded to be part of the National Burn Center at Sheba Medical Center.

“Laser treatments have been around for years but somehow kids with burn scars got left out of the focus. When you take innovative clinicians and you put them together with the latest equipment, good things happen,” says Davis, a philanthropist from New Jersey who is also the founder of Camp Sababa, Israel’s camp for pediatric burn survivors.

I-PEARLS, says Davis, will change the standard of care in laser treatments for pediatric burn treatments. He relates that Sheba’s tradition of as a center for research, training and sharing Israeli expertise is a mission shared by the new center.

“Sheba has a tradition of bringing catastrophic burn cases from Greece, Syria, Africa, the Palestinian Authority areas and from all over the region. This will just increase and expand the ability of the doctors to accept patients and teach physicians and surgeons in foreign countries. It increases the capability of Sheba to do its mission,” says Davis. “The center is already training doctors from other countries and we’re laying the groundwork to export I-PEARLS techniques.”

Indeed, Israel’s name as an innovator in the burn treatment space is sought out, agrees Barak, of Nanomedic.

“Israel is a source of a lot of innovation. All the physicians and companies with whom we’ve been in touch appreciate the innovative approach we have here,” she says.