A cure for cancer? Israeli scientists may have found one

A small team of Israeli scientists think they might have found the first complete cure for cancer. “We believe we will offer in a year’s time a complete cure for cancer,” said Dan Aridor, of a new treatment being developed by his company, Accelerated Evolution Biotechnologies Ltd. (AEBi), which was founded in 2000 in the ITEK incubator. AEBi developed the SoAP platform, which provides functional leads to very difficult targets 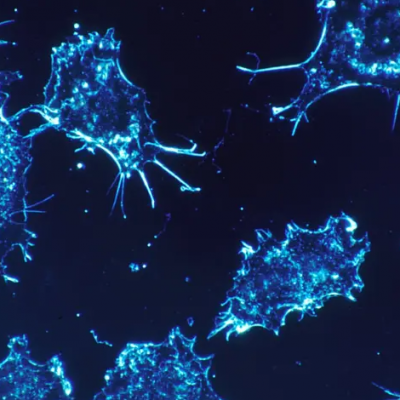 A small team of Israeli scientists think they might have found the first complete cure for cancer.

“We believe we will offer in a year’s time a complete cure for cancer,” said Dan Aridor, of a new treatment being developed by his company, Accelerated Evolution Biotechnologies Ltd. (AEBi), which was founded in 2000 in the ITEK incubator. AEBi developed the SoAP platform, which provides functional leads to very difficult targets.

“Our cancer cure will be effective from day one, will last a duration of a few weeks and will have no or minimal side-effects at a much lower cost than most other treatments on the market,” Aridor said. “Our solution will be both generic and personal.” 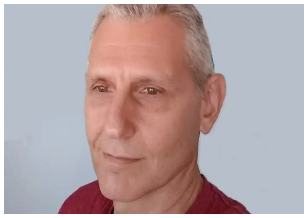 It sounds fantastical, especially considering that an estimated 18.1 million new cancer cases are diagnosed worldwide each year, according to reports by the International Agency for Research on Cancer. Further, every sixth death in the world is due to cancer, making it the second leading cause of death (second only to cardiovascular disease).

Aridor, chairman of the board of AEBi and CEO Dr. Ilan Morad, say their treatment, which they call MuTaTo (multi-target toxin) is essentially on the scale of a cancer antibiotic – a disruption technology of the highest order.

The potentially game-changing anti-cancer drug is based on SoAP technology, which belongs to the phage display group of technologies. It involves the introduction of DNA coding for a protein, such as an antibody, into a bacteriophage – a virus that infects bacteria. That protein is then displayed on the surface of the phage. Researchers can use these protein-displaying phages to screen for interactions with other proteins, DNA sequences and small molecules.

In 2018, a team of scientists won the Nobel Prize for their work on phage display in the directed evolution of new proteins – in particular, for the production of antibody therapeutics.

AEBi is doing something similar but with peptides, compounds of two or more amino acids linked in a chain. According to Morad, peptides have several advantages over antibodies, including that they are smaller, cheaper, and easier to produce and regulate.

When the company first started, Morad said, “We were doing what everyone else was doing, trying to discover individual novel peptides for specific cancers.” But shortly thereafter, Morad and his colleague, Dr. Hanan Itzhaki, decided they wanted to do something bigger.

To get started, Morad said they had to identify why other cancer-killing drugs and treatments don’t work or eventually fail. Then, they found a way to counter that effect.

In contrast, MuTaTo is using a combination of several cancer-targeting peptides for each cancer cell at the same time, combined with a strong peptide toxin that would kill cancer cells specifically. By using at least three targeting peptides on the same structure with a strong toxin, Morad said, “we made sure that the treatment will not be affected by mutations; cancer cells can mutate in such a way that targeted receptors are dropped by the cancer.”

“The probability of having multiple mutations that would modify all targeted receptors simultaneously decreases dramatically with the number of targets used,” Morad continued. “Instead of attacking receptors one at a time, we attack receptors three at a time – not even cancer can mutate three receptors at the same time.”

Furthermore, many cancer cells activate detoxification mechanisms when in stress from drugs. The cells pump out the drugs or modify them to be non-functional. But Morad said detoxification takes time. When the toxin is strong, it has a high probability of killing the cancer cell before detoxification occurs, which is what he is banking on.

Many cytotoxic anticancer treatments aim at fast-growing cells. But cancer stem cells are not fast growing, and they can escape these treatments. Then, when the treatment is over, they can generate cancer again.

“If it does not completely annihilate the cancer, the remaining cells can start to get mutations again, and then the cancer comes back, but this time it is drug resistant,” Morad said.

Finally, some cancer tumors erect shields which create access problems to large molecules, such as antibodies. MuTaTo acts like an octopus or a piece of spaghetti and can sneak into places where other large molecules cannot reach. Morad said the peptide parts of MuTaTo are very small (12 amino acids long) and lack a rigid structure.

“This should make the whole molecule non-immunogenic in most cases and would enable repeated administration of the drug,” he said.

Morad said their discovery could also reduce the sickening side-effects of most cancer treatments, which stem from drug treatments interacting with the wrong or additional targets, or the correct targets but on non-cancerous cells. He said MuTaTo’s having a combination of several highly specific cancer-targeting peptides on one scaffold for each type of cancer cell would increase the specificity to the cancer cell due to the avidity effect. In addition, in most cases, the non-cancer cells that have a protein in common with the cancer cells do not overexpress it.

“This makes a great difference between the two kinds of cells and should decrease the side effects dramatically,” Morad said.

He equated the concept of MuTaTo to the triple drug cocktail that has helped change AIDS from being an automatic death sentence to a chronic – but often manageable – disease.

Today, AIDS patients take protease inhibitors in combination with two other drugs called reverse transcriptase inhibitors. The drug combination disrupts HIV at different stages in its replication, restrains an enzyme crucial to an early stage of HIV duplication and holds back another enzyme that functions near the end of the HIV replication process.

“We used to give AIDS patients several drugs, but we would administer them one at a time,” Morad explained. “During the course of treatment, the virus mutated, and the AIDS started attacking again. Only when patients started using a cocktail, were they able to stop the disease.”

Now, he said, people with AIDS are HIV carriers, but they are not sick anymore.

The MuTaTo cancer treatment will eventually be personalized. Each patient will provide a piece of his biopsy to the lab, which would then analyze it to know which receptors are overexpressed. The individual would then be administered exactly the molecule cocktail needed to cure his disease.
However, unlike in the case of AIDS, where patients must take the cocktail throughout their lives, in the case of MuTaTo, the cells would be killed, and the patient could likely stop treatment after only a few weeks.

The company is now writing patents on specific peptides, which will be a large bank of targeting toxin peptides wholly owned and hard to break, said Aridor.

Morad said that so far, the company has concluded its first exploratory mice experiment, which inhibited human cancer cell growth and had no effect at all on healthy mice cells, in addition to several in-vitro trials. AEBi is on the cusp of beginning a round of clinical trials which could be completed within a few years and would make the treatment available in specific cases.

Aridor added: “Our results are consistent and repeatable.”