Tel Aviv University researchers say they have invented the first fully personalized tissue implant engineered from a patient’s own biomaterials and cells, paving the way for new technology that would make it possible to develop any kind of tissue implant from one small fatty tissue biopsy. 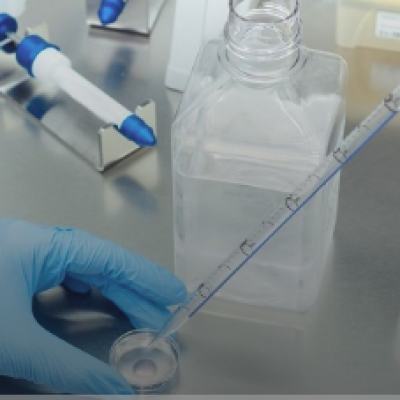 The development will greatly reduce the risk of an immune response to an organ transplant, the scientists say.

The research was revealed this week in a university statement, after publication in the scientific journal “Advanced Materials.”

Professor Tal Dvir of TAU’s Department of Biotechnology, Department of Materials Science and Engineering, Center for Nanoscience and Nanotechnology and the Sagol Center for Regenerative Biotechnology, who led the research for the study, said the scientists “were able to create a personalized hydrogel from the materials of the biopsy, to differentiate fatty tissue cells into different cell types and to engineer cardiac, spinal cord, cortical and other tissue implants to treat different diseases.”

“Since both the cells and the material used derive from the patient, the implant does not provoke an immune response, ensuring proper regeneration of the defected organ,” Dvir added.

TAU explained that in the current method for tissue engineering for regenerative medicine, cells are isolated from the patient and cultured in biomaterials, synthetic or natural, derived from plants or animals, to assemble into a functional tissue. After transplantation, they may induce an immune response that can lead to rejection of the implanted tissue.

Patients who are recipients of engineered tissues or other implants often require treatment with immuno-suppressors, which can endanger the health of the patient.

In their research, the Israeli scientists extracted a small biopsy of fatty tissue from patients and separated its cellular and a-cellular materials. The cells were then “reprogrammed” to become induced pluripotent stem cells — able to produce different cell types — and the extracellular material was processed to become a personalized hydrogel. After combining the resulting stem cells and the hydrogel, the scientists successfully engineered the personalized tissue samples.

The scientists are currently engaged in regenerating an injured spinal cord and an infarcted heart with spinal cord and cardiac implants. They have also begun to investigate the potential of human dopaminergic implants to treat Parkinson’s disease in animal models.

At a later stage, the researchers plan to regenerate other organs, including intestines and eyes, using the patients’ own materials and cells.

“With our technology, we can engineer any tissue type, and after transplantation, we can efficiently regenerate any diseased or injured organ — a heart after a heart attack, a brain after trauma or with Parkinson’s disease, a spinal cord after injury,” said Dvir. “In addition, we can engineer adipogenic (fatty tissue) implants for reconstructive surgeries or cosmetics. These implants will not be rejected by the body.”

“We believe that the technology of engineering fully personalized tissue implants of any type will allow us to regenerate any organ with a minimal risk of an immune response,” he concluded.