5 Israeli Companies Putting Surgery-Assisting Robots In The OR

Israel’s biotech and engineering sectors are aglow this month, in the wake of two big medical robotics buyouts of groundbreaking, homegrown technological solutions. 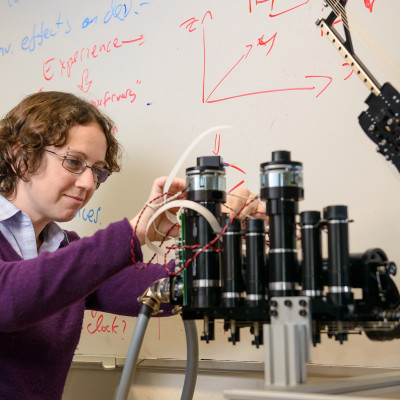 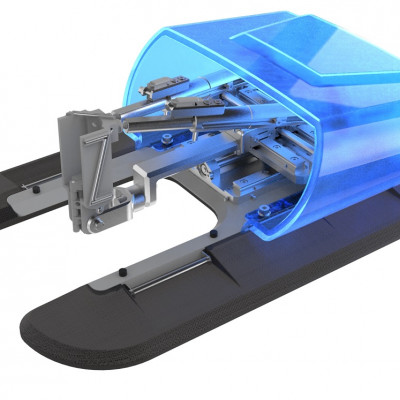 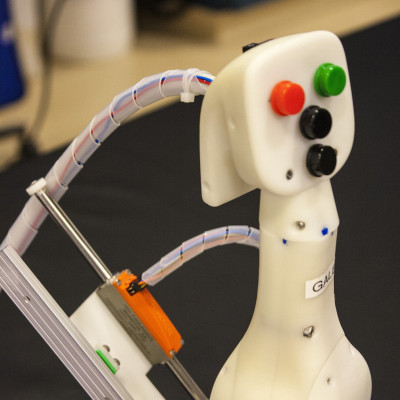 Israel’s biotech and engineering sectors are aglow this month, in the wake of two big medical robotics buyouts of groundbreaking, homegrown technological solutions.

“Robotics are in the operating room and they’re there to stay,” Dr. Ilana Nisky, director of the Biomedical Robotics Lab at Ben-Gurion University of the Negev, tells NoCamels. “It’s a new age of surgery but it’s a new age that will evolve. Expect much more progress. We’re really only in the beginning.”

Indeed, the medical robotics market is expected to hit $12.8 billion by 2022, according to a Market Watch report published this week.

The world’s researchers and engineers are hard at work creating and designing the next must-have robotic surgical assistants in the operating room. In Israel, too, robotics laboratories at the country’s universities are conducting groundbreaking and revolutionary research to develop new innovative platforms for surgery. It is at the Robotic Laboratory of the Faculty of Mechanical Engineering at the Technion – Israel Institute of Technology, after all, that Professor Moshe Shoham and Eli Zehavi officially founded Mazor in 2001.

Nisky’s lab is presently “trying to understand how our brain processes information and incorporate this understanding into better control in robotic surgery,” she says. “We are mostly focusing on the sense of touch and providing surgeons with extra abilities.”

An example of these “extra abilities” is a robot-assisted laser tissue soldering system. In fact, together with Tel Aviv University Prof. Abraham Katzir and Dr. Uri Netz of Soroka hospital, Nisky this week had an article on this system accepted by the Biomedical Optics Express journal.

Prof. David Zarrouk, head of BGU’s Bio-Inspired and Medical Robotics Laboratory, has hit headlines with his work on a self-propelled camera capsule that will assist doctors in seeing the small intestine. This makes the PillCam look like old school.

Zarrouk’s innovative capsule – known as SAW (single actuator wave-like robot) – will be swallowed by a patient but instead of simply moving through the body, a doctor will be able to control the capsule’s movements. “All you need is a single motor,” he says.

“Israelis think differently,” Zarrouk tells NoCamels. “We have to because we don’t have access to the same funding and resources. In medical robotics, you need both funding and resources. So, we have to be creative in how we find solutions for global problems. There are many robotics systems currently under development in Israel. Among others, I expect to see in the future minimally invasive robotic systems in the fields of endoscopy and neurosurgery.”

Prof. Hugo Guterman, head of the Laboratory of Autonomous Robotics at BGU says “medical robotics can help in numerous and varied health applications. Today, people don’t question the use of robotics in medicine. The question is how do these robotic devices benefit us.”

Medical robotics companies in Israel and beyond are also hoping to commercialize these revolutionary solutions.

Here are five Israeli-initiated medical robotics systems to keep an eye on:

Earlier this month in New York, physicians at NYU Langone Health used a robotic scope to successfully remove lesions that could not have been removed by traditional endoscopy without the patient undergoing surgery.

“This is the first time a robotic platform was incorporated into gastrointestinal endoscopy,” gastroenterologist Dr. Seth Gross said in a press statement, following a procedure in which he removed a large, premalignant rectal lesion in a woman who was later discharged on the same day. “At a time when technology and advancement in endoscopy is rapidly improving, our division is committed to studying and utilizing the best technologies available to care for patients.”

Dr. Gross used the Flex Robotic System for the gastrointestinal tract procedure. The Flex Robotic System is based on a snake robot device created by Dr. Alon Wolf, of the Faculty of Mechanical Engineering at the Technion – Israel Institute of Technology. The snake robot provides surgeons with single-site access and visualization of hard-to-reach anatomical locations.

In fact, Wolf’s snake robots have multiple uses from reconnaissance to search and rescue to medical purposes.

“As surgeons, we continually strive to enhance our techniques, to provide better results for our patients while minimizing complications, decreasing pain, and speeding up recovery,” said colorectal surgeon Dr. Mitchell Bernstein, who operated with Gross. “As a proponent of minimally invasive and robotic surgery, I appreciate the value of technology that treats disease without creating a traditional incision, thereby reducing scarring, recovery time, and risk of infection, while enhancing patient experience.”

In 2005, Wolf co-founded Medrobotics with American colleagues. MedRobotics is headquartered in the US.

Netanya-based Human Xtensions made its US debut earlier this month with its new smart tool technology that allows surgeons to perform complex movements deep inside the abdomen. Doctors at Buffalo General Medical Center used the medical robotic HandX during a complicated hernia operation and a procedure on the esophagus and stomach to prevent reflux.

“This case was harder than usual. Scar tissue in the abdomen forced us to change our original operative plan. The articulation of the device made suturing possible. Without the HandX, it would have been very difficult,” Dr. Alan R. Posner, clinical assistant professor of surgery in the Jacobs School of Medicine and Biomedical Sciences at the University at Buffalo, said in a university statement.

The HandX technology, described by the company as a light-weight, hand-held device that translates the surgeon’s natural hand motions into complex movements inside the patient, received FDA clearance in March.

“We are proud to develop solutions that open a new era in surgery, and to serve as the company on the horizon that offers smart multifunctional handheld platforms, suited for a wide range of minimal invasive surgery (MIS). By creating technology that is transparent and personalized for each surgeon, surgical teams can now refocus on their patients and on the procedure at hand,” Dr. Tami Frenkel, co-founder, chairman, and CEO of Human Xtensions, said in a press statement.

“Surgery is moving into a new age where both patients and surgeons will benefit from advanced instrumentation,” said Dr. Steven D. Schwaitzberg, professor and chair of the Department of Surgery in the Jacobs School.
Human Xtensions was founded in 2012 in Israel and remains headquartered here. The company’s goal is to combine the power of surgical robotics with the ease of hand-held solutions.

Microbot is also developing has a self-cleaning shunt for the treatment of hydrocephalus and a self-propelling, semi-disposable endoscope for use in colonoscopy procedures.

Prof. Shoham, of Mazor Robotics and worldwide acclaimed authority on the field of robotics, is the inventor of the company’s technologies, its scientific director and a co-founder of the company.

Caesarea-based XACT Robotics is developing a robotic technology platform for needle steering in minimally invasive interventional procedures such as biopsies and ablations and navigating medical devices within the body. The technology originated in the robotics laboratory of Professor Moshe Shoham in the Technion, the same origin of Mazor Robotics.

The first generation of the robotic platform, according to the company, is interventional radiology procedures under CT image guidance in the lung.

The technology allows the physician to plan a procedure on a XACT workstation in a control room and there calculate the precise point to place the needle for drainage, injections or searing of tissue. This technology also enables physicians to detect and correct any changes along the planned pathway without needing to reinsert a needle.

In the operating room, the physician attaches a standard needle to the robot, and guides the robot to the desired target.

The company says its system “is expected to significantly reduce the learning curve for interventional radiologists to perform complex needle trajectories and to successfully reach small targets.”