Trends in digital health in recent years point to a rise in products and services offering remote patient monitoring and diagnoses. Commonly referred to as “telehealth” or “telemedicine,” a market expected to reach $64 billion by 2022, it is a growing field that allows for more convenient, often quicker access to physicians and specialists via smartphone, computer, or medical device, and is especially significant for those in remote or rural areas. 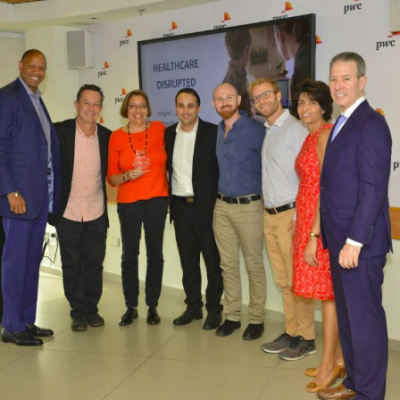 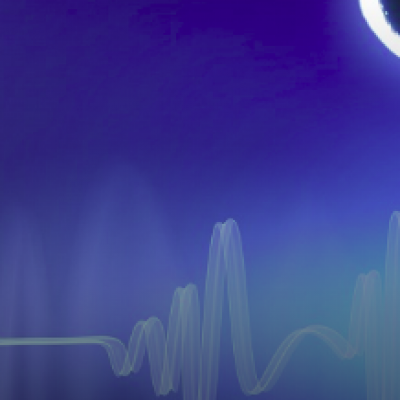 Israeli startup Healthymize has been making big strides in this direction. With its personalized, artificial intelligence-based voice analyzing software, Healthymize turns smart devices into remote patient monitoring devices for voice-affecting diseases such as asthma, pneumonia or chronic obstructive pulmonary disease (COPD). It automates labor-intensive phone monitoring to manage chronic patients, giving healthcare professionals the ability to assess the speech of a patient at any time.

The Healthymize system, through an app, analyzes voice samples submitted by patients and picks up on any abnormalities that could signify an imminent flare-up, characterized by coughing, shortness of breath, and the production of sputum (a mix of saliva and mucus) in the respiratory tract. The monitoring is vital for patients with voice-altering conditions as delayed diagnosis of a flare-up could mean immediate hospitalization.

If an abnormality is detected, medical teams are alerted through the system so care can be administered as soon as possible. The goal, says Healthymize, is to “provide a voice monitoring solution for home care, chronic care management, and readmission preventions.”

Healthymize was founded in 2016 by Dr. Shady Hassan, then an internal medicine physician at the Carmel Medical Center, and Daniel Aronovich, then a PhD student in electrical engineering at the Technion-Israel Institute of Technology. The two previously met at a hackathon at the Technion and began working on an idea with the potential to revolutionize the lives of hundreds of thousands of COPD patients worldwide.

Healthymize, based in Haifa sought to bring advanced technology to an older, more time-consuming system. Typically, a COPD patient would need to get ahold of their doctor who would listen to any possible voice pattern changes and make a call. With Healthymize’s software solution, there would be no need for the call as the process of identifying a problem would be “100 percent automated, based on artificial intelligence,” says Aronovich, who serves as CTO, with Dr. Hassan as CEO.

Over the past two years, Healthymize has been making strides to bring its solution to market. In October, it won the Henry Ford Health System AI Challenge, besting nearly 50 applicants and earning $75,000 in funding to sponsor research and clinical development of its breakthrough technology at Henry Ford Healthcare Systems, one of the leading healthcare companies in the US.

Through this partnership, Healthymize will now be able to team up with an existing healthcare venture that provides remote monitoring systems which are already in use. “Partnering with Henry Ford is a very concrete step in the market.”, says Maura Rosenfeld, Healthymize’s Chief Business Development Officer. “Together we can build an offering that can be taken to market, an offering that is a real service to the patient.”

Rosenfeld says winning the challenge meant “confirmation by a strong partner as a validation of what we are doing,” which is an important step ahead of Series A fundraising over the next few months where the potential may be recognized by important financiers and thereby attract more capital.

“Healthymize has the potential to expand and detect other health-related concerns, such as heart disease and mental health issues,” said Scott Dulchavsky, M.D., Ph.D., CEO of the Henry Ford Innovation Institute and Chairman of Surgery and Surgeon in Chief at Henry Ford Hospital. “Our physicians are excited to partner with them and adapt their digital health platform while also aligning with existing smart-home-based, personal digital assistants on the market.”

Indeed Healthymize is entirely software-based and works on any device that has a microphone,” explains Rosenfeld. This includes smartphones, tablets, smart watches, and home virtual assistants.

Even landline and flip phone users can benefit from the software since their voice samples can be recorded and analyzed by Healthymize’s tech already installed on other devices. This is especially important for elderly patients. Patients with Henry Ford will have already “been equipped with a tablet that monitors their vitals, and our software will add information about their voice patterns to that,” Rosenfeld explains.

With Healthymize, existing monitoring systems can be fitted with voice technology, in addition to monitoring vital signs. On the clinical end of this system, a nursing team will have access to a dashboard which ranks every patient as green, yellow or red, depending on their health status. The medical team can then easily access information like pulse rate, temperature or voice quality through clicking on a patient’s name – and can react immediately if help is needed.

“It’s about targeting patient and physician engagement,” said Mark Coticchia, Vice President and Chief Innovation Officer for Henry Ford Health System, in a statement. “If we detect changes in health conditions before they become serious, we can reduce hospitalization and readmission rates significantly.”

With the first implementation trials on their way, sufferers of speech-altering diseases might soon see real relief in their daily lives.