Chemical analysis of blood samples, combined with an artificial intelligence program, could speed up the diagnosis of brain tumors, according to research presented at the 2019 NCRI Cancer Conference. 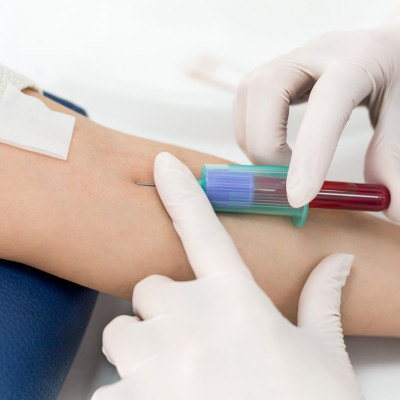 Brain tumours tend to have ambiguous symptoms, such as headache or memory problems, and a brain scan is currently the only reliable way of diagnosing them.

Researchers say their test, which works by detecting chemical clues shed by brain tumors into the blood, could help improve brain tumor survival by making diagnosis quicker and more efficient.

“Brain tumors reduce life expectancy by an average of 20 years. That's the highest of any cancer.We know that 62% of patients are diagnosed in the emergency department, even though they may have seen their GP several times beforehand. This is because diagnosing brain tumors is so difficult. A headache could be a sign of a brain tumor, but it is more likely to be something else and it's not practical to send lots of people for a brain scan, just in case it's a tumor. The challenge is identifying who to prioritize for an urgent scan."

Dr Brennan has worked with Dr Matthew Baker, reader in chemistry at the University of Strathclyde, UK, and chief scientific officer at ClinSpec Diagnostics Ltd to develop a test to help doctors to quickly and efficiently find those patients who are most likely to have a brain tumor.

The test relies on an existing technique, called infrared spectroscopy, to examine the chemical makeup of a person's blood, combined with an AI program that can spot the chemical clues that indicates the likelihood of a brain tumor.

The researchers tried out the new test on blood samples taken from 400 patients with possible signs of brain tumor who had been referred for a brain scan at the Western General Hospital in Edinburgh, UK. Of these, 40 were subsequently found to have a brain tumor.

In the case of the most common form of brain tumor, called glioma, the test was 92% accurate at picking up which people had tumors.

“These results are extremely promising because they suggest that our technique can accurately spot who is most likely to have a brain tumor and who probably does not.

Because the technique requires just a small blood sample, if offers the potential to test a large number of people with suspicious symptoms and give the best indication of who needs an urgent brain scan. This could ultimately speed up diagnosis, reduce the anxiety of waiting for tests and get patients treated as quickly as possible."

The next step will be to try out the test with 600 more patients who have either been referred for a brain scan via their GP or the hospital emergency department. The researchers say a much smaller proportion of these patients will be subsequently diagnosed with a tumor.

The researchers also say the same technique has the potential to be adapted to other types of cancer that are difficult to diagnose, such as ovarian, pancreatic, bowel and prostate cancer.

Dr Sarah Jefferies, is a member of the NCRI's glioma subgroup and Clinical Director for Cancer at Addenbrooke's Hospital, Cambridge, UK and was not involved in the research. She said:

“The number of people being diagnosed and dying from brain tumors is increasing and we urgently need better ways to spot and treat the disease.

This type of testing offers a number of potential advantages. It's relatively straight-forward for the patient, who need only have a blood test. For the health service, it could combine with clinical assessment to make the process of referring patients for brain scans more efficient.

"We look forward to further assessment of this technique."