A new study led by Israeli researchers has found evidence that there could be damage to the brain’s protective barrier even without a reported concussion. 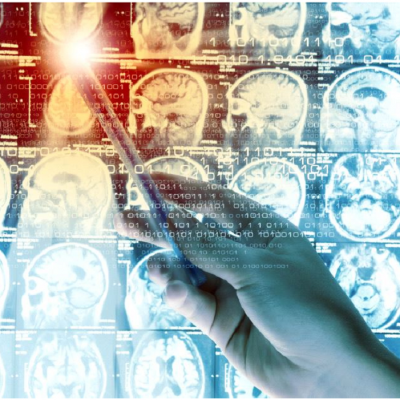 The research underscores the need for brain-imaging techniques that could help predict damage to the blood-brain barrier regardless of symptoms.

The research underscores the need for brain-imaging techniques that could help predict damage to one’s blood-brain barrier regardless of symptoms, thereby potentially preventing the onset of neurodegenerative disorders such as Parkinson’s, depression and dementia.

The study, a collaboration between Ben-Gurion University of the Negev, Stanford University in California and Trinity College in Dublin, used a contrast-enhanced MRI developed by BGU researchers to examine high-risk populations – specifically professional mixed martial arts (MMA) fighters and adolescent rugby players – to investigate whether the integrity of the blood-brain barrier (BBB) was altered and to develop a technique to better diagnose mild brain trauma.

For the first time, the researchers were able to detect damage to the BBB, which protects the brain from pathogens and toxins caused by mild traumatic brain injury (mTBI), even without the players exhibiting any symptoms.

The results were published this month in the Journal of Neurotrauma.

Prof. Alon Friedman, a neuroscientist and surgeon who established the Inter-Faculty Brain Sciences School at BGU, told The Jerusalem Post that the results of the study show that the brain imaging techniques being developed could be used to monitor athletes to better determine safer guidelines for “return to play.”

The research comes only two years after a team from Boston University School of Medicine published a study that found chronic traumatic encephalopathy (CTE) in 99% of brains obtained from National Football League (NFL) players, as well as 91% of college football players and 21% of high school football players. CTE is a progressive, degenerative brain disease found in people with a history of repeated head trauma that results from what Friedman calls a “leaky” BBB.

“The problem with CTE is that it can only be diagnosed after death, when pathologists are looking at the brain itself,” Friedman explained. “Until now, there has been no way to diagnose or treat CTE in advance.

He said that today, treatments for mTBI are not research-based and different doctors suggest treating it differently.

“We are missing objective measurements to gauge how the repair process is going, if damage to the BBB is improving,” Friedman said.

He compared the situation to a person who has high blood pressure but does not exhibit symptoms typical of the ailment. A doctor would still prescribe medication to lower the individual's blood pressure and take regular blood pressure tests to ensure the medication was working, thereby helping to prevent damage to the patient's organs, a stroke and so on.

This most recent study helps prove that BGU’s enhanced MRI diagnostic approach can identify significant damage to the BBB of impact-sport players following even unreported trauma or mild concussions.

In this study, MMA fighters were examined pre-fight for a baseline and again within 120 hours following competitive fights, a release about the study explained. The rugby players were examined preseason and post-season or post-match in a subset of cases.

Both groups, the release said, were evaluated using advanced MRI protocol developed at BGU, analysis of BBB biomarkers in the blood and a mouth guard developed at Stanford with sensors that track speed, acceleration and force at nearly 10,000 measurements per second.

More than half (ten out of 19) of adolescent rugby players showed signs of a leaky blood-brain barrier by the end of the season. Eight rugby players were scanned post-match and two had barrier disruptions. The injuries detected were lower than the current threshold for mild head trauma.

The researchers were also able to correlate the level of BBB damage seen on an MRI with measurements from the mouth guard sensors.

“The current theory today is that it is the outer surface of the brain that is damaged in a concussion since, during an impact, the brain ricochets off of skull surfaces like Jell-O,” Friedman said. “However, we can see now that the trauma’s effects are evident much deeper in the brain and that the current model of concussion is too simplistic.”