Startup’s wireless blood glucose monitoring kit to be tried out in five hospitals in Southeast Asian nation, where the disorder is running rampant 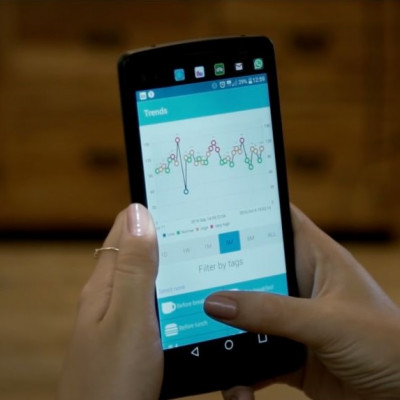 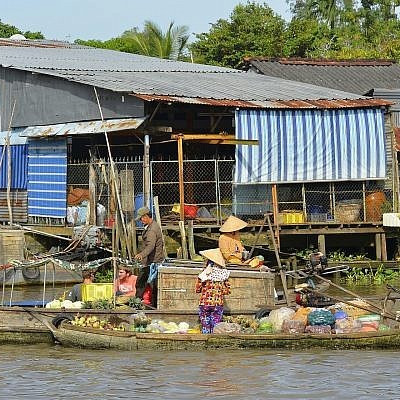 Israeli startup GlucoMe, which has developed a wireless blood glucose monitoring kit to help diabetes patients keep tabs on sugar levels, has struck a pilot collaboration deal with German pharma giant Merck KGaA to try out its kits in hospitals in Vietnam.

Vietnam has one of the fastest growing rates of diabetes in Southeast Asia. According to the International Diabetes Federation, some 5.5 percent of its adult population, or 3.5 million, suffered from the condition in 2017. Diabetes is a chronic condition in which the pancreas does not produce enough insulin to regulate the levels of sugar in blood, and can cause severe ulcers, gangrene, amputation, blindness and kidney failure.

One of the reasons for the large number of diabetes patients in Vietnam is the lack of resources and capacity to diagnose, monitor and treat the disorder at local community health centers. Patients must travel long distances to reach district, provincial or national level hospitals for treatment and followup appointments.

The GlucoMe-Merck collaboration will assess how patients and doctors adapt to using GlucoMe’s digital diabetes care system, which will initially be distributed at five Vietnam hospitals. Patients will use GlucoMe’s wireless blood glucose monitor to measure their blood sugar levels at home. The clinical data will be synced through GlucoMe’s mobile app and analyzed by GlucoMe’s Digital Diabetes Clinic and its alert system.

This will enable medical professionals and their staff to continuously monitor their patients and intervene more efficiently and effectively than is possible with the current, face-to-face, standard of care, the Israeli startup said in a statement. It will also help medical teams prioritize and identify severe and urgent cases for timely intervention, the statement said.

“We have been impressed by the connectivity and simplicity of GlucoMe’s solution, allowing physicians to make data-driven decisions while providing patients with stripped down, easy-to-use devices that are automatically connected to their smartphones. GlucoMe’s platform has the potential to trigger an overall paradigm shift in the treatment of diabetes in Vietnam and across emerging markets, through the help of cutting-edge technology.”

Innovation in the treatment of diabetes is a key pillar of Merck’s global strategy, he said, “and this is a clear example of how technology can significantly improve the quality of care.”

Earlier this year, GlucoMe’s said it was introducing its kits in India, through an exclusive strategic agreement with a nationwide chain of diabetes clinics belonging to the Apollo Hospitals Group, and in Central America, together with Norwegian electronic medical record company DiaMan AS.

Israeli innovation is behind almost half of the healthcare revenues of the 350-year-old German pharmaceutical and chemicals firm Merck, Kai Beckmann, CEO of Performance Materials at the firm, said in an interview with The Times of Israel in February.

The German giant set up a new technology innovation lab in Jerusalem earlier this year and has research sites and technologies incubators in Yavne, Herzliya, Rehovot and Jerusalem. All three of its business sectors, healthcare, life science and performance materials, have R&D sites in Israel.