Medasense for pain management and Vectorious for heart-failure monitoring were among 50 companies selected from a field of 800 applicants. 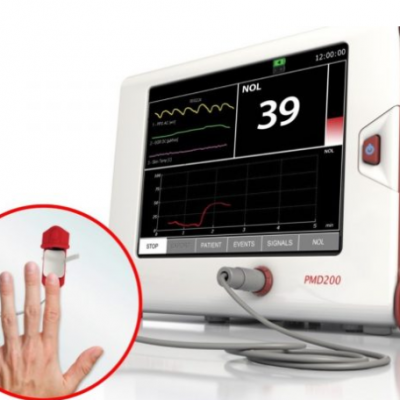 The 50 finalists were selected out of 800 applicants during a six-month diligence process by Los Angeles-based MedTech Innovator and its 19 corporate partners.

After reviewing all applicants, the 200 judges traveled around the world to meet 150 shortlisted candidate startups in person and choose those that will participate in the showcase, an on-stage interactive program.

Medasense of Ramat Gan was selected for its award-winning AI-driven pain-management technology that is playing a significant role in improving patient care. Its PMD-200 monitor, which quantifies the patient’s level of response to pain stimuli, is currently in use in Europe, Latin America, Canada and Israel.

Vectorious Medical Technologies of Tel Aviv was chosen for its V-LAP product, the first miniature wireless microcomputer implant for left-atrial monitoring of heart failure. The first in-human trials began in January at six sites in Europe and Israel.

Also presented at the San Francisco conference was Israeli company ApiFix of Misgav and Boston, which pioneered an internal brace to correct adolescent scoliosis (curvature of the spine) with a minimally invasive procedure