Math model developed by Hebrew University team could pave the way for physicians to see beginnings of Alzheimer’s or Parkinson’s. 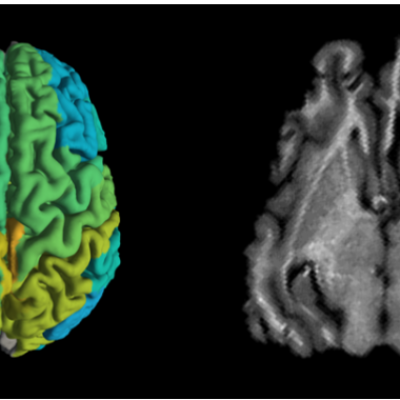 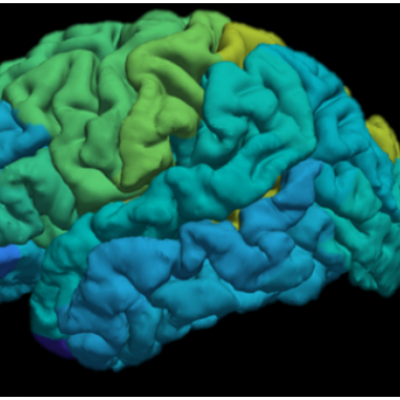 Researchers at the Hebrew University of Jerusalem said they have found a way to enable magnetic resonance imaging (MRI) to provide information about molecular changes occurring in the brain, and not only images of organs, bones, nerves and soft tissue, as the technology currently does.

Current MRI brain scans provide pictures of the gray and white matter, the ventricles and other regions of the brain. This enables physicians to see if a patient has had a stroke or has lesions or cancer in the brain or any other large changes in the brain tissue.

Human cells, however, are made up of molecules — lipids, proteins and sugars. And in parallel with the familiar external signs of aging — gray hair, stooped spine, occasional memory loss — an aging brain or one that is developing a disease also has signs: changes in the lipid and protein content of the brain tissue create “biological footprints.”

It is these changes, which can potentially distinguish normal aging from the beginnings of Alzheimer’s or Parkinson’s diseases, that MRI scans failed to detect. Until now.

The Hebrew University researchers say they have successfully transformed an MRI machine from just a “diagnostic camera” to one that can record changes in the biological makeup of brain tissue.

The findings were published on Tuesday in Nature Communications by Dr. Aviv Mezer, who led the study, PhD student Shir Filo and a team at the Hebrew University of Jerusalem Edmond and Lily Safra Center for Brain Sciences.

“MRI scans are already sensitive to these molecular changes, but until now they were ignored, as all of the information comes in one block,” said Mezer in a phone interview.

What the Hebrew University researchers did was develop a mathematical model that is able to extract this information from the MRI image.

“This provides us new information about the brain, which is exciting as is,” Aviv said. “In future, we will need to study if this model can also be sensitive to neurodegenerative diseases,” and hopefully become a tool to help doctors determine if a patient is merely getting older or developing a neurodegenerative disease, such as Alzheimer’s or Parkinson’s.

“This would provide physicians with a fuller picture of what is going on in the brain,” Mezer added. “This is something we hope to do in the future. We are working on it.”

In addition, Mezer said the new MRI technique will also provide crucial understanding into how our brains age.

“When we scanned young and old patients’ brains, we saw that different brain areas age differently,” he said. “We saw major changes in the molecular makeup of the gray matter in younger versus older subjects.”

The model could pave the way for “doctors to compare brain scans taken over time from the same patient, and to differentiate between healthy and diseased brain tissue, without resorting to invasive or dangerous procedures, such as brain tissue biopsies that are currently done in cases of brain tumor,” explained Mezer.

And while the study was focused on brain imaging, the researchers believe it can be also adjusted and applied to the MRI of other body organs.

The mathematical model developed by the researchers can already today be applied on all MRI scanners to provide physicians with a fuller picture of the brain, he said. “We’d love to collaborate with researchers and vendors that develop the MRI machines,” he said. “We believe that we are adding a new dimension of information to the field and we hope many will use it.”