Over 3 billion people of the world’s population of 7.6 billion live in rural areas, 90 percent of them in Asia and Africa, according to United Nations estimates. The two continents have the most lower and middle-income countries (LMIC), which the World Bank defines as states with a GNI (Gross National Income) per capita of $1,005 or less and between $1,006 and $3,955, respectively. 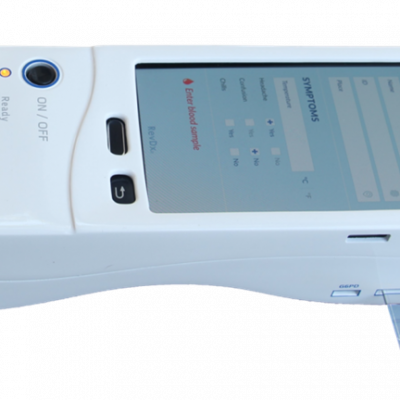 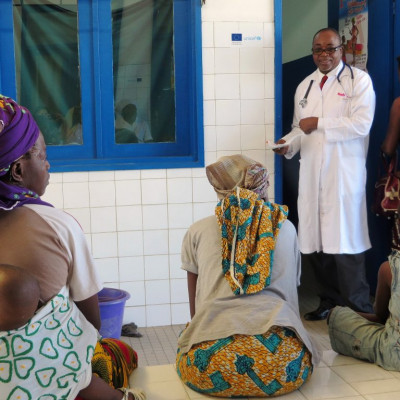 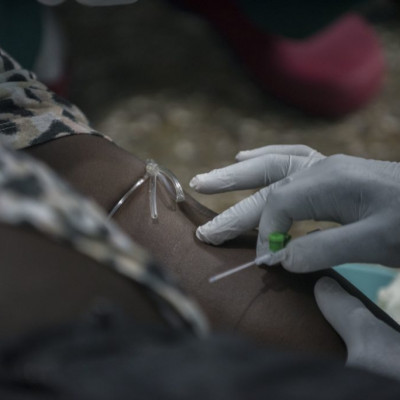 One of the major challenges many of these countries face is access to healthcare, where hard-to-reach rural areas bear the brunt of the inequality. In some cases, even where health clinics are relatively accessible, they often offer lower quality care compared to those in urban areas.

While the UN, the World Health Organization (WHO), and other international bodies have called for better policies and funding to drive change in access to healthcare, innovation also has its role. One Israeli startup is stepping up to the plate to bring high-quality digital health tools to the less developed areas of the world, with the motto “where you live shouldn’t determine whether you live.”

Engineering for All (EfA) has developed a small, portable device, RevDx, that can perform automated blood tests, diagnostics, and data analytics on the spot, a kind of hand-held hospital to assist under-equipped medical workers and technicians.

EfA co-founder and CEO Yoel Ezra tells NoCamels that the idea behind RevDx, which is still in development, is to create “the first programmable lab-on-hand,” a hand-held gadget that can run sophisticated diagnostics. EfA is currently working on a prototype that will be able to diagnose illnesses and run imaging on blood samples inserted into the device via a disposable kit. The prototype will specialize in blood count and parasite (such as malaria) diagnostics.

“Today, when people in, say, India or Africa or an area with deadly infectious diseases [come in] with a fever, they don’t really know if it’s because of parasites like malaria or something else that may need antibiotics [for],” Ezra explains. “In more than fifty percent of the cases, they just use unnecessary antibiotics or unnecessary anti-malaria [medicine].”

RevDx is meant to solve this problem, he says, alongside its other two purposes to eradicate malaria and bring innovative healthcare solutions to rural areas.

The device won EfA the startup competition last month at the DigitalHealth.Il Conference in Tel Aviv, an annual event that brings together biotech startups, entrepreneurs, investors and leading players in the global digital health landscape.

Another Israeli startup that bears some resemblance to EfA and which also presented at the conference was Tytocare, a telehealth company that developed hand-held medical check-up devices, profiled by NoCamels last week. Tytocare’s devices don’t do bloodwork, unlike EfA’s, but can examine the ears, throat, heart, lung, abdomen, and skin, and measure heart rate and temperature so a doctor can issue a diagnosis remotely. Founded in 2012, it has so far raised $45 million and has partnered with 25 health systems in the US, where it is looking to expand.

India, Africa, then Latin America and maybe even the US

EfA for its part intends to focus initially on India and Africa, before expanding into Latin America, Ezra tells NoCamels. Ezra was part of a delegation to India in August organized by the Pears Challenge, an Israeli non-profit that also had a hand in organizing the India-Israel Innovation Challenge (as part of the India-Israel Innovation Bridge) in which 18 startups from Israel and India partner for solutions in the spheres of agriculture, water technology, and digital health, areas where India faces unique challenges due to its size and demographics. These startups were part of a delegation to India last month led by Prime Minister Benjamin Netanyahu.

EfA, says Ezra, plans to reach rural and remote places in these areas through a B2B-B2C-B2G business model (B for business, C for citizen, and G for government). EfA intends to provide its product to private clinics and health organizations, which will use it for health services to citizens. These organizations will then work with governments to aggregate epidemiological data and improve service administration. Ezra says that, already, some government representatives, health organizations like the Malaria Consortium, and several international organizations have expressed interest in the RevDx system.

He tells NoCamels that, in the long term, EfA hopes to reach rural areas even in the West, especially in the US, where 20 percent of Americans live in areas with relatively limited access to health facilities. Not to mention that some 30 million don’t have health insurance and therefore restrict medical visits to mainly emergency situations.

Affordability is also important to EfA, as Ezra says he wants EfA to be “a portfolio product company with high-end and still affordable health technology solutions.” In fact, the World Health Organization says that about six percent of people in LMIC are “tipped into or pushed further into extreme poverty because of health spending,” making affordability a particularly important issue.

Ezra says EfA has a “roadmap” for RevDx’s future application with plans to upgrade the device’s software to run diagnostics for various kinds of illnesses and on blood as well as urine samples to make RevDx into an adaptable platform.

“In five years from now, I see RevDx applied in different markets and several solutions based on this platform,” Ezra tells NoCamels, “In ten years, I see more products other than RevDx, not only in diagnostics,” he says.

Ezra says his background in the Israel Defense Forces helped shape the idea behind Efa. He served in the Israeli military for 23 years, becoming the commander of a small technological operations unit that was dubbed the “Q Lab” (in reference to James Bond) by visiting American special forces. Ezra says the diversity of expertise he encountered there – from materials science to engineering to image processing to chemistry – convinced him that “there is no limit to what you can do with technology; it is a matter of what you do with it,” and that unit’s small size gave it a “startup” feel. During his service, he was awarded the Prime Minister Award for special technological operation achievement.

After leaving the IDF, Ezra says he decided to pursue his childhood dream to work in the health field, though he “knew nothing” about biology at the time. Intending to learn “from the ground,” he joined the US healthcare technology firms Medtronics and later Edwards Lifesciences, where he helped develop heart valve replacements, and also studied heart valve replacement surgery.

In 2015, Ezra began to feel that, although his work was benefitting healthcare in developed countries, not enough was being done for places with less access. So at his own expense, Ezra traveled through Africa, going to rural clinics to find out more about their needs. “Like in special operations,” Ezra says, “you, first of all, collect data.”

Back in Israel, he made contact with the Pears Challenge, and TechForGood, an Israeli non-profit that provides investment and mentoring for startups in this field, and after receiving the Israel Innovation Authority’s “Tnufa” Grant for startups in 2016, he founded EfA together with Eli Mor, EfA’s COO. The two then began working with EfA’s medical advisor, Dr. Ami Neuberger, an infectious disease specialist, on a RevDx prototype.

EfA has so far funded the prototype’s development mostly through the grant as well as Ezra’s personal contributions and is now seeking private investors in Israel and Europe. Ezra says that once the prototype is finalized, EfA will begin seeking investment from non-profits.