Predictix by Taliaz aims to help psychiatrists match each patient with the most effective prescription. 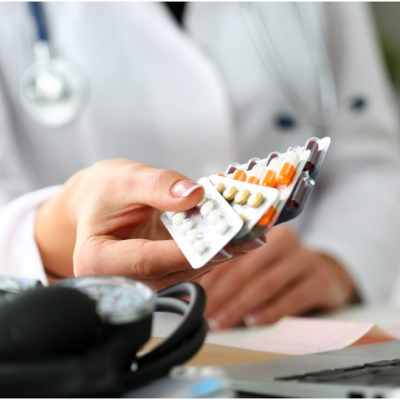 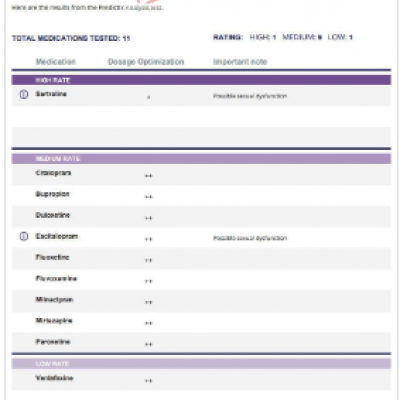 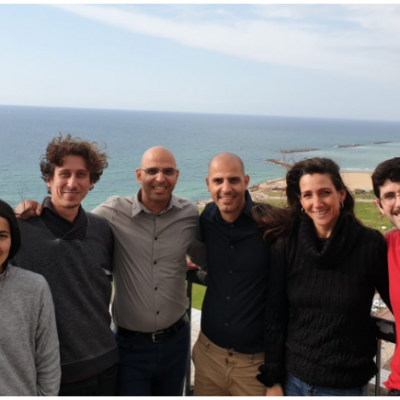 Prescribing the right anti-depression medication often involves tedious trial and error. Your psychiatrist suggests one type of pill, but it doesn’t work or has too many side effects. So you go on to the next medication and then another one until you finally find a prescription that seems to work. Meanwhile, the debilitating symptoms of depression continue.

Neuroscientist Dekel Taliaz found the entire drawn-out process to be, well, depressing. So, together with his brother Oren, he set up a company bearing the siblings’ family name – Taliaz – to apply the latest in artificial intelligence and machine learning to enable psychiatrists to prescribe the right anti-depression medication the first time.

The company has developed proprietary algorithms that, when given a series of inputs including DNA swabs for genetic data; a detailed mental-health history; information on the patient’s environment and his or her demographic background; and any already existing clinical data from the patient’s electronic medical record (EMR), can predict the efficacy (as well as any adverse effects) of current antidepressants with up to 80 percent accuracy.

That’s a significant improvement over what happens today, where some two-thirds of patients fail to get better following the first anti-depressant prescribed and another one-third quit their first-line treatment entirely.

According to the World Health Organization, depression is the leading cause of disability worldwide, affecting more than 300 million people of all ages.

At its worst, clinical depression can lead to suicide, which has become the second leading cause of death in 15- to 29-year-olds. In the United States, depression-related costs were estimated at $210 billion per year in a 2015 report issued by the Analysis Group. That total includes direct medical costs and indirect costs such as workplace absenteeism.

Taliaz’s Predictix product compares the data it collects from patients with records from the US National Institutes of Health. While the NIH database has information from thousands of patients, the Holy Grail of data is closer to home.

Israel’s four HMOs and their affiliated hospitals have employed the same EMR platform for the past two decades, explains Moshe Bar Siman Tov, director-general of the Israel Ministry of Health. With 98% of the country’s population covered by full health insurance, some nine million additional records can potentially be used to improve Predictix’s AI.

Taliaz is already testing its service with a limited number of psychiatrists in Israel’s Maccabi HMO.

Israeli physicians tend to be early adopters of new technology, he said. Israelis “don’t like limits. We like to push the borders. That makes our culture more open to innovation.”

Innovation is the middle name of the IIA – the Israel Innovation Authority – which provided initial funding of $20,000. Since then, Predictix has received five additional grants, including two from the European Union’s Horizon 20/20 scientific research program and a €3.5 million research grant from the European Innovation Council.

The biggest source of income for the company, which now has seven employees in its Tel Aviv offices, is the Israeli Ministry of Health, which gave Taliaz $670,000 to begin its implementation with Maccabi and has pledged another $7.5 million as the rollout continues.

Partnership in the UK

Taliaz has another major client in Psychiatry-UK, Britain’s largest online psychiatry network. The partnership, announced in March, allows patients to complete their intake without leaving the house.

The service is “completely online, noninvasive and easy to use,” explains Dr. Andy Montgomery, medical lead for Psychiatry-UK. “Patients simply consult with our psychiatrists and send over a DNA swab” in the mail.

“Within days, our psychiatrists will have clear scientific guidance as to which anti-depressants are most likely to be effective, based on each patient’s unique genetic makeup and health record.”

Psychiatry-UK charges $450 for two online psychiatric consultations and another $450 for using Predictix. A link to Predictix’s genetic tests appears on the Psychiatry-UK home page.

Predictix has competition from another Israeli firm, Elminda. “We love them,” Taliaz says, somewhat surprisingly. “They’re addressing the same problem but with a different solution.”

Elminda monitors brainwaves to determine the right medication for patients – and not just for depression. “We share a lot of information with them,” Taliaz adds. “We hope in the future we’ll be able to work together on some projects.”

Like Elminda, Predictix is being adapted to work with other brain disorders. One of the grants Taliaz received from the IIA, for example, is earmarked for analyzing data from ADHD patients in order to make more accurate prescriptions.

“It’s still very early stages,” Taliaz says, “but the nice thing about using technology like artificial intelligence is that things that used to take years to research can now take months.”

Given Israel’s leadership in cannabis research, will marijuana-based medications become part of what Predictix suggests to psychiatrists? “Cannabis will enter this field along the way,” Taliaz says. “We’re interested in everything concerning the brain.”

His interest in the interplay between neuroscience and medication stems from a post-army trip to South America.

“I saw Israelis trying all kinds of different substances and it intrigued me,” he says. “How is it that these chemicals can make such a big change in the way we think, in our personalities?”

When Taliaz returned from South America, he enrolled at the Weizmann Institute where he received his PhD in neuroscience. He did postdoctoral studies at Children’s Hospital in Canada before returning to Israel to cofound his company.

Taliaz says he’s aware that some people might be concerned that sharing their personal psychiatric data online could pose a privacy risk. “We decided from the beginning to follow the same compliance tools the large health services are using. We’re compliant with the European GDPR rules.”

Predictix is coming at a time when the increase in scientific knowledge is fast outstripping physicians’ abilities to process the new information. The Israeli government in 2018 established a nearly $300 million initiative to make anonymized data from Israel’s HMOs available to researchers, entrepreneurs and medical institutions.

“When you think about next-generation sequencing technology that will allow you to ‘speak’ with the whole human genome, it leads to a huge accumulation of data,” Taliaz says.

“How can a doctor deal with this huge amount of data? That’s why my brother Oren and I founded this company. We saw the need for scientific analytical tools to organize all this data and provide doctors with action items they can use.”