"We are encouraged by the emerging safety profile and initial signals of anti-tumor activity of COM701," said Compugen president and CEO Dr. Anat Cohen-Dayan. 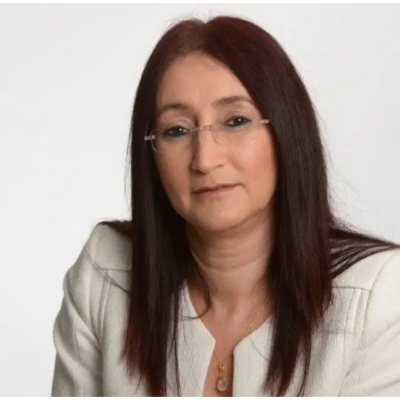 The clinical trial of the anti-PVRIG antibody, called COM701, aimed to assess the safety of escalating doses of the therapy in patients with advanced solid tumors, but also demonstrated initial signals of anti-tumor activity in the heavily pre-treated patient population enrolled in the study.

“We are encouraged by the emerging safety profile and initial signals of anti-tumor activity of COM701,” said Compugen president and CEO Dr. Anat Cohen-Dayan. “While the primary objective of this portion of the trial was to test the safety and tolerability of COM701, we were excited to observe early signals of anti-tumor activity in the all-comer, extensively pretreated patient population enrolled.”

The Phase 1 study, which is expected to enroll a total of approximately 140 individuals, is currently recruiting additional patients in the United States. The preliminary clinical data will be presented in Maryland on Friday at the 34th Annual Meeting of the Society for Immunotherapy of Cancer (SITC).

“Our hypothesis, based on the science of Com701 and PVRIG, is that the patients who are most likely to benefit will be those with breast, ovarian, endometrial and non-small-cell lung cancer,” Cohen-Dayan told The Jerusalem Post, urging caution despite the positive preliminary results.

“That’s not to say that it won’t work in other cancer indications, but we prioritized these four to be where there is the greatest likelihood that it will work. We plan to check this assumption in the next stage of the trial.”

Also on Tuesday, Compugen announced pre-clinical data for COM902, a therapeutic antibody targeting TIGIT, another novel immunotherapy target discovered by the company, in 2009. The data demonstrated that inhibiting TIGIT, developed for combination treatment with COM701, can enhance T cell activation and increase anti-tumor immune responses. The finding will also be presented this week at the SITC conference.

“We believe that a combined treatment of COM902 with COM701 has the potential to enhance the clinical impact of cancer immunotherapy in patients unresponsive to approved treatments,” Cohen-Dayan said. “As the only company with clinical candidates targeting both PVRIG and TIGIT, we hold a differentiated position in the crowded immuno-oncology space.”

On Monday, Compugen announced that it had received US Food and Drug Administration (FDA) clearance for its investigational new drug application for COM902, targeting TIGIT in patients with advanced malignancies. The company is planning to initiate a Phase 1 clinical trial in early 2020 for patients whom standard of care therapies have so far proved ineffective.

“The bottom line is whether we can identify good new drug targets that therapies targeting them can be taken to the clinic and eventually reach patients. The first program, targeting a completely new drug target that we discovered, is in Phase 1 studies, and the second one is expected to enter the clinic early next year,” said Cohen-Dayan. “The model of Compugen is to be first-in-class. We are hopefully going to prove the theory behind the new drug targets that we discovered, and why they should serve to expand the patient population that can benefit from cancer immunotherapies.”

Last year, Compugen entered a clinical trial collaboration agreement with Bristol-Myers Squibb (BMS) to evaluate the safety and tolerability of COM701, in combination with BMS’s Opdivo (nivolumab), in patients with advanced solid tumors. Under this agreement, BMS made a $12 million equity investment in Compugen.

In addition, Compugen also has a collaboration with German multinational pharmaceutical company Bayer, that is conducting clinical studies for a first-in-class immuno-oncology therapeutic antibody targeting the ILDR2 protein. The protein was one of the first potential immuno-oncology drug targets discovered through Compugen’s discovery platform.

While Compugen’s business model relies on and targets collaborations with large multinational pharma and biotech companies to validate and bring its therapeutic pipeline to market, Cohen-Dayan places a strong emphasis on the company’s origins.

“We are very proud to be an Israeli company building a significant innovative biotech company in the Israeli landscape, from computational discovery to clinical trials, and collaborations with big pharma,” she said. “Through partnering our programs in various stages of the drug development process, we’re aiming at keeping the value within the company as much as possible.”