Israeli startups Healthymize, a medical tech company that turns smart devices into patient monitoring devices for voice-affecting diseases, and Beyond Verbal, which developed voice-enabled AI to create vocal biomarkers for personalized health screening and emotion monitoring, have merged to form a company called Vocalis Health and announced the closure of a $9 million funding round this week. Venture capital fund aMoon, co-founded by Dr. Marius Nacht, led the round. 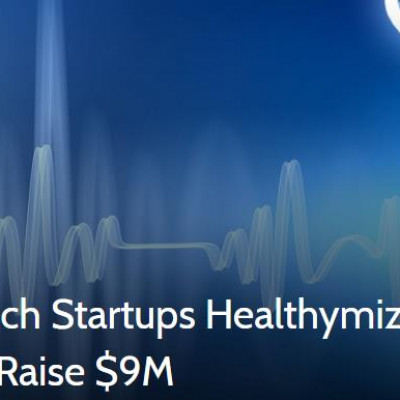 Vocalis will focus on monitoring health through voice analysis.

Beyond Verbal was founded in 2012 by Yoav Hoshen, Yuval Mor, and Yuval Rabin, son of the late Israeli prime minister Yitzhak Rabin. The company began by offering emotion analytics based on vocal intonations. Its tech also proved useful in detecting Coronary Artery Disease (CAD) patients and indicating the existence of chronic obstructive pulmonary disease, congestive heart failure, and sleep apnea. The company has a number of patents and raised more than $10 million over the years.

Healthymize was founded in 2016 by Dr. Shady Hassan, then an internal medicine physician at the Carmel Medical Center, and Daniel Aronovich, then a PhD student in electrical engineering at the Technion-Israel Institute of Technology. The two previously met at a hackathon at the Technion. They formed Healthymize, based in Haifa, to monitor patients with voice-affecting diseases such as asthma and chronic obstructive pulmonary disease (COPD).

“The merger of Beyond Verbal and Healthymize sets a precedent for early-stage start-ups in the Israeli market,” aMoon managing director Roy Wiesner told Globes. “We quickly realized the opportunity of combining forces by leveraging their joint datasets, pipelines, strengths and talents, to create a leader in the vocal biomarkers space.”