In many parts of the world, getting an appointment for medical imaging could take months. That’s because while the number of radiologists has remained a constant, the number of patients keeps rising with life expectancy increasing. 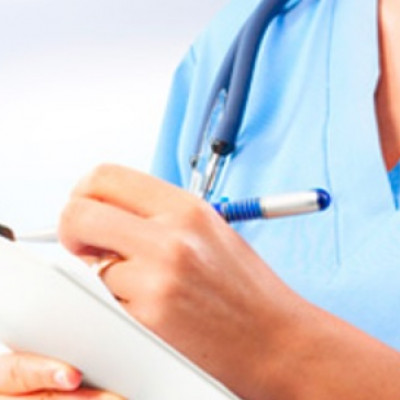 Zebra utilizes a branch of artificial intelligence called computer vision to detect diseases from medical images. Using thousands of medical scans of diseases that have already been diagnosed and labeled, the company has developed algorithms that, when fed a new medical scan, can recognize visual cues that indicate whether the disease is present.

The company has already developed 11 algorithms, each of which is trained to identify the visual symptoms for a different disease. They are currently able to detect diseases such as breast cancer, vertebral fractures, osteoporosis, fatty liver, aneurysms, and brain bleeds.

The field of computer vision has progressed exponentially over the past decade. According to Gura, last year Facebook became better than we are at detecting our friends’ faces using technology that compares different facial angles to millions of other images. Zebra is leveraging the same technology, but for the purpose of saving lives.

“You can save tens of thousands of lives in Kenya or India with your breast cancer algorithm a few months after you finished developing it,” he tells NoCamels.

The company is working with 50 hospitals around the world, which use the algorithms to prevent future diseases in patients, analyze sections of the population at risk of certain diseases, and assist radiologists by providing information about scans. Zebra is also experimenting with a consumer product called Profound, which allows patients to upload a medical imaging scan and receive an automated analysis within an hour.

The application of artificial intelligence to medical imaging is a growing sector. Other startups in this space include Arterys, which helps doctors diagnose heart problems, and Enlitic, which uses deep learning to improve radiologists’ accuracy. While Gura claims that Zebra has developed a larger quantity of algorithms, it’s clear that this is a competitive market.

Zebra recently announced a partnership with Telerad Tech, which will see its technology implemented in 150 hospitals and healthcare organizations in 20 developing countries. According to Gura, it’s the first scaled implementation of artificial intelligence for medical imaging diagnosis in these countries, and is a step towards Zebra’s vision of saving thousands of lives in developing countries.

Earlier this year, Zebra received the 2017 Atlas Award given to one top Israeli startup by the Ayn Rand Center, and at the 2017 Innovation Summit, CB Insights named it among the top 50 most promising AI startups in the world.

According to Gura, “machine and deep learning will help the finite amount of radiologists we have currently to be 10 times better, and analyze 10 times more reports per hour.” In addition, “machines will do all the radiology work, and the radiologists will just supervise them. They will be more like commercial flight pilots.”

The company’s goal is to continue expanding and improving healthcare capabilities in all areas that involve visuals, from dermatology to cytology and digital pathology.

That goal is not unrealistic, given the progress the company has already made. Founded in 2014 by Gura, Elad Benjamin, and Eyal Toledano, the startup has since raised $20 million in two rounds led by Khosla Ventures and Intermountain Healthcare. Zebra’s 30 employees are based in Israel, the US, and the UK.

On the wall of its office just outside Israel’s Kibbutz Shefayim, Zebra has quotes from people who underestimated the potential of innovations that changed the world, such as the telephone and the computer. If all goes as planned, Zebra’s medical diagnostic technologies (which people once viewed disparagingly) will become a new feature on the wall.