New research has revealed that men who eat two or more servings of yogurt per week may reduce their risk of developing pre-cancerous growths that can lead to bowel cancer. If the results can be replicated, yogurt may be a “widely acceptable modifiable factor” for bowel cancer, say the researchers. 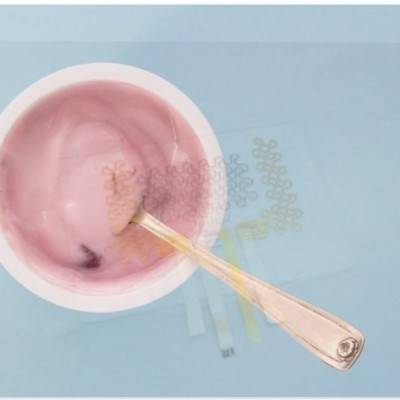 The UK sees 42,042 bowel cancer diagnoses and 16,384 deaths from bowel cancer every year, according to statistics reported by Cancer Research UK (CRUK). The charity also says that 54 percent of these cases are preventable.

Previous studies have reported that eating yogurt may protect against the risk of colorectal cancer (CRC), a process that is “potentially mediated by the gut microbiome,” a new study published in the journal Gut.

The study included 32,606 men in the Health Professionals Follow-up Study (HPFS) and 55,743 women in the Nurses’ Health Study (NHS) who had undergone a lower endoscopy between 1986 and 2012.

The participants provided researchers with information on their lifestyle and their diet, including the amount of yogurt they typically consumed.

5,822 men and 8,116 women developed adenomas (a benign tumor formed on the lining of the colon and rectum) throughout the study, and results showed that men who ate two or more 245g servings of yogurt per week were 19 percent less likely to develop adenomas when compared to men who did not consume any yogurt.

However, “no associations were observed for conventional adenomas” in women.

The colon is home to trillions of microbes and how the bacteria in our gut might affect bowel cancer risk is a fascinating area of research. Lots of things affect the types of bugs in our gut and our overall gut health, including the foods we eat.

“But men don’t need to fill their shopping trolleys with yogurt because it’s too early to say from this study whether eating more yogurt could reduce the risk of bowel cancer. However, there is good evidence that you can reduce your risk by eating more foods high in fiber, like wholegrain bread or brown rice, and cutting down on processed and red meat.”

How does yogurt protect against cancer?

The study explains: “Yogurt has been recommended by the Dietary Guidelines for Americans as part of fat-free and low-fat diary; however, its intake is low. We found that yogurt intake make reduce risk of conventional adenoma, in particular those of high malignant potential, and independent of calcium and non-yogurt dairy intake.”

The researchers continue by writing “yogurt may help prevent precursors of CRC, potentially through both adenoma-to-carcinoma sequence and serrated pathway.”

The possible mechanisms by which yogurt protects against bowel cancer include the probiotics Lactobacillus bulgaricus and Streptococcus thermophiles, often used in yogurt, reducing the amount of carcinogens including nitroreductase, fecal activated bacterial enzymes, and soluble fecal bile acids. The lower pH in the colon makes it “more hospitable” for probiotics.

A second mechanism proposed by the study is that yogurt triggers anti-inflammatory effects on colon mucosa and improving gut barrier dysfunction. Increased gut permeability was seen in the male participants with adenomas in the study, which may account for why fewer women enjoyed the anti-carcinogenic benefits of yogurt.

“Our data provide novel evidence for the role of yogurt in early stage of colorectal cancer development and the potential of gut bacteria in modulating this process.

The findings, if confirmed by future studies, suggest that yogurt might serve as a widely acceptable modifiable factor, which could complement colorectal cancer screening and/or reduce risk of adenoma among the unscreened.”