MISINTERPRETED DO-NOT-RESUSCITATE ORDERS CAN BE DEADLY

Other studies have shown that patients with DNR orders receive fewer interventions as well in cases of heart failure. 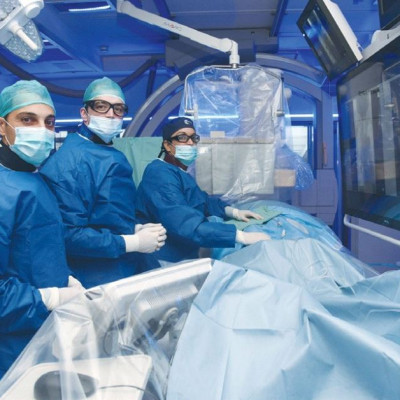 Patients who arrive at an intensive-care unit with a do-not-resuscitate order face a significantly higher risk of dying within 28 days than those who come to an ICU without a DNR, according to researchers at Ben-Gurion University, Soroka University Medical Center in Beersheba and their colleagues in the US, Australia and Singapore.

The risk was particularly high for women, patients attached to respirators, those with cancer and surgical patients.

The researchers carried out a retrospective analysis of patients admitted to five ICUs between 2001 and 2008 at Beth Israel Deaconess Medical Center in Boston.

In an article published in the journal Critical Care Medicine, the researchers suggested that doctors misinterpret DNR orders more broadly than they were often intended – to mean fewer treatments and medicines – where the original order was a particular directive not to attempt cardiopulmonary resuscitation in specific circumstances.

Novack and his colleagues believe the problem may lie with doctors confusing DNR orders and patients’ desires for end-of-life care, leading the doctors to be less inclined to intervene in life-threatening situations. The team recommend clarifying such matters before treatment to align patients’ wishes and doctors’ level of care.

The study was led by Dr. Lior Fuchs, a senior physician in the medical intensive care unit at Soroka and internal medicine Prof. Victor Novack in BGU’s Faculty of Health Sciences, who is also an adviser to the dean for clinical research and head of the Soroka Clinical Research Center and Research Authority. Novack also holds a dual appointment in the department of anesthesia, critical care and pain medicine at Beth Israel Deaconess Medical Center and at Harvard Medical School.

A total of 19,007 patients admitted to the ICU between 2001 and 2008 were studied. Of those, 1,239 had a DNR order on the day of admission and survived the first 48 hours. The authors compared their treatment to 2,402 similar patients (age, type of ICU and 28- day probability of death) who did not have a DNR order on day one.

“Looking at 28-day mortality, the rates were significantly higher in the DNR group (33.9% vs. 18.4%). Moreover, even within the group with a low probability of death, patients with DNR orders had five-fold increases in 28-day mortality from 3% to 17%. This is the first study to report on DNR association with mortality in the cohort of patients admitted to the ICUs,” said Novack, “and the discrepancy in understanding the DNR order by the treatment team could be partially responsible for the observed association.”