New device can sniff out deadly food allergens in 30 seconds

Food allergies are rising dramatically around the world. One startup thinks it may have the solution – a device that acts like a mini nose sniffing food for dangerous allergens. 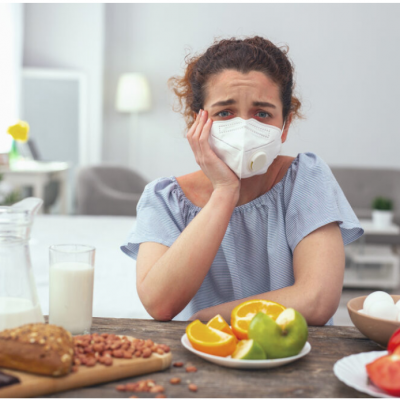 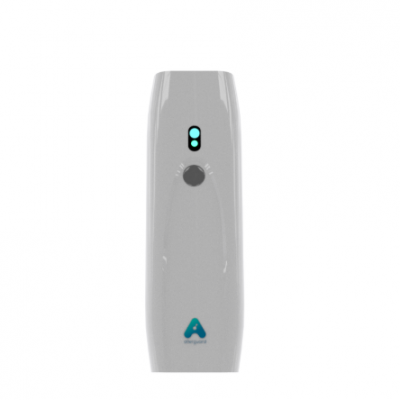 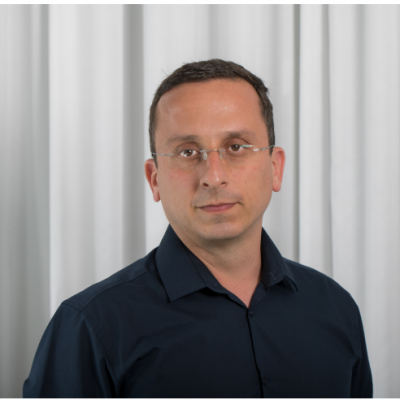 In a horrific story of terror at 10,000 feet, an 8-year-old girl with severe food allergies was exposed to pistachio shells that had been left, unbeknownst to her and her usually vigilant parents, in the seatback pocket of the row in front of her during a harrowing 2014 airplane ride home.

The girl’s throat swelled – she was going into anaphylactic shock – and, despite her parents immediately injecting her with an emergency shot of epinephrine, she remained highly agitated during the remaining three hours of the flight.

The flight attendants “didn’t take it seriously,” refusing to inform the pilot or consider an emergency landing, the girl’s mother said, “Mommy, I don’t want to die,” the girl repeated to her mother.

Ultimately, they made it to their destination and the girl survived, but the trauma of traveling with food allergies is something that many people all over the world experience.

Food allergies are serious business. In the United States alone, 32 million people suffer from allergies from a variety of foods, with peanuts being the most common. This results in some 300,000 emergency visits a year – a new visit every three minutes. The U.S. Centers for Disease Control and Prevention says that 6% of children under the age of 18 have food allergies, an increase of more than 50% in the last decade alone. Worldwide, around 250 million people have food allergies.

What’s needed is a fast and inexpensive way to scan one’s surroundings such as a plane, a school classroom or, when dining out, a plate of food served in a restaurant, for potentially fatal allergic triggers. That’s what an Israeli startup, Allerguard, is doing.

The company is developing a small device, the size of a TV or air-conditioner remote control, that acts as a kind of virtual nose, sniffing the environment for specific allergens.

That’s a very different approach than Allerguard’s main competition, Nima, which requires that users take a sample of solid food and insert it into Nima’s portable device.

“If you’re in a restaurant with your friends sitting next to you, it’s embarrassing to mess around with your food,” Allerguard CEO Shai Hershkovich tells ISRAEL21c. That’s especially true for teenagers. “We needed to invent something that people with food allergies will actually use. The user experience must be very good. Innovation by itself will not work.”

The reason Nima needs a physical sample is that it is running its chemical analysis on the proteins in the food, which are solids. Allerguard, by contrast, “smells” a dish, scanning for allergens in a gaseous form. “Allerguard analyzes the scent of the food, then alerts the user when a specific chemical signature is detected,” Hershkovich explains.

This gives Allerguard another important advantage: it can analyze an entire plate of food. “If there is only a tiny crumb of peanut, a few drops of soy sauce or a small number of sesame seeds, the chance of a physical sample detecting it is less than one percent,” Hershkovich says. “It’s like Russian Roulette,” playing with a food allergy sufferer’s life.

Allerguard’s device is meant to be waved over a plate of food; it delivers results (indicated by a green or red light) in 30 seconds. The design will have to be hip enough for even the most trend-sensitive teenager to use. “It’s a medical device, but we don’t want the user to be labeled as someone with a problem,” Hershkovich explains. “Well brand it as a fashion item.”

Part of making it fashionable is price. Hershkovich says the Allerguard device’s target price is $150. You then have to buy single use “cards” to insert for each sensing event. There will be different cards for different food allergies and, ultimately, multi-allergen cards (some 20-30% of people with food allergies are sensitive to more than one food), although the company is starting with the biggest allergy category: peanuts.

Allerguard’s cards will be priced under $1. “We don’t want people to worry, should I use it on this dish?” Hershkovich says. “We want everyone to use it every time.” Ideally, users will be able to buy a pack of sensor cards in their local pharmacy. Allerguard is looking into online subscription models, as well.

The Allerguard device itself smells the gases but processing is done online – the device will need to send data on the molecular structure it’s sniffed to the Allerguard cloud where artificial intelligence algorithms will determine if it’s safe to consume or not. (That means it won’t work if you’re hiking in a remote part of the Himalayas with no Internet connectivity). Only molecular data is shared, which has the added benefit of making the AI smarter); Allerguard won’t collect any personally identifying information.

Founded in 2016, Allerguard’s business headquarters is in Tel Aviv, although its main research facility is on Kibbutz Dalia, near Yokneam, in the lower Galilee.

“It’s much cheaper than in the center and I prefer to spend money on R&D activities than on shiny floors,” Hershkovich quips. The company has five employees and has raised a total of $2.2 million, including a $1.5 million round in October.

The most recent funding was led by Coshare with participation from the Israel Innovation Authority and eHealth Ventures, a consortium of medical organizations including pharmaceutical giant Amgen, the prestigious Cleveland Clinic, Medison Pharma in Israel and Shanghai Creation Investment in China. That investment got a boost when Allerguard won the eHealth Ventures Digital Health Innovation Award in 2017.

Hershkovich and the company’s CTO Guy Ayal came to Allerguard from the semiconductor industry: both worked for TowerJazz, among other high-tech firms. It makes sense for a company building a commercial sensor that combines silicon with chemistry. Indeed, Allerguard’s “cards” can be swapped out like a SIM card in a mobile phone.

Allerguard still has another 18 months of R&D ahead, with commercialization adding to the launch timeframe. “It’s a very complex product with many challenges,” Hershkovich admits, “combining hardware with advanced software, semiconductor materials and chemistry.” That makes Allerguard a later entry than Nima, which has been available since 2016 for gluten allergies and since 2018 testing for peanuts.

An Israeli competitor, SensoGenic, is in beta testing and aims to have a working product by 2022. Another scanner, SCiO from Hod Hasharon-based Consumer Physics works in an entirely different way, using light waves to analyze the chemical properties of everything from food to pharmaceuticals. After an initial consumer push, the company has since pivoted to providing spectroscopy solutions for business customers.

Hershkovich envisions Allerguard going beyond questions of life, death and the ER. It’s about allowing a person with food allergies to feel normal. Parents of children with food allergies share stories about restaurants refusing to serve them. “They don’t want to get sued,” Hershkovitz explains.

On other occasions, children with allergies can be excluded from parties, events or trips. “Think about how that child feels,” says Hershkovich.