For the first time, researchers have mapped the different types of cells in the lungs and identified key differences between healthy airways and airways affected by asthma in a study published in Nature Medicine. The findings could help advance the discovery of new drug targets for the condition. 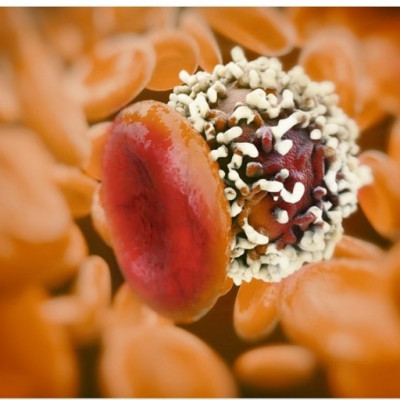 As part of the Human Cell Atlas initiative, a collaborative community working to create reference maps of every human cell, researchers studied over 36,000 individual cells from the nasal area and three separate areas of the lung in samples taken from 17 people without asthma.

Using single-cell transcriptomics, cell types were identified and located, and any active genes within the cell were also documented.

This process was then repeated in examinations of six people with asthma. This led to the research team being able to compare cellular differences between the two groups, and significant differences were found between asthmatic lungs and healthy lungs.

These examinations led to the discovery of a new cell state in asthmatic lungs that contributes to the over-production of mucus, called the muco-cilliated state. Until now, researchers had not discovered all the cells that are responsible for this response in the airways.

A first author of the study, Dr. Felipe Vieira Braga, from the Wellcome Sanger Institute and Open Targets, explains the significance of this discovery.

“We have generated a detailed anatomical map of the respiratory airways, producing the first draft human lung cell atlas from both normal and asthmatic people. This has given us a better definition of the cell types in asthmatic lungs and allowed us to discover an entirely new cell state in asthmatic patients that produces mucus.”

Understanding the role of T-helper cells

Additionally, it was discovered that asthmatic lungs had higher amounts of T helper type 2 (TH2) cells, which were responsible for sending most of the cellular signals in asthma. TH2 cells are needed for immunity mediated by body fluids, and are also important in regulating immune responses to extracellular pathogens.

“Human lungs enable efficient gas exchange and form an interface with the environment, which depends on mucosal immunity for protection against infectious agents.”

In healthy lungs, a wide range of cell communications that were not dominated by TH2 cells were taking place.

“We already knew that inflammatory TH2 cells played a role in asthma, but only now do we see how great that influence is. In normal people, all kinds of cells communicate with each other in order to keep the airways functioning well.”

“But in asthma patients, almost all of those interactions are lost. Instead of a network of interactions, in asthma the inflammatory cells seem to completely dominate the communication in the airways.”

The study described the process in more detail, saying “The extensive growth factor signalling between epithelial cells and mesenchymal cells observed in health airway wall is largely lost in asthmatic airway wall, at odds with a reactivation of the epithelial-mesenchymal trophic unit.”

As well as the type of cells found in the lungs, the location of the cells was also found to be important, with cells in different areas of the lungs performing very different cellular functions. All of these new discoveries have important implications in the future development of drug targets and trials for asthma.

Asthma is an important area of research

Asthma is a common and chronic lung condition that causes breathing difficulties. It often starts in childhood, but it can develop at any stage of life and affect people of any age

According to the World Health Organization, 235 million people currently live with asthma, and in 2015, there were 383,000 asthma-related deaths, with most deaths caused by the disease occurring in low- and lower-middle income countries.

In asthma, the bronchial tube lining swell and the airways become clogged with mucus in response to irritants, but the exact reason why the lungs respond in this way to a huge range of triggers has not yet been identified.

The main symptoms of asthma include wheezing, breathlessness, a tight chest, and coughing. Asthma symptoms, often called asthma attacks, can be triggered by pollution, cold air, smoke, dust, pollen, and fur. Exercise and colds and flu can also worsen the condition, and even stress and certain emotions (like laughing) can trigger an asthma attack.

Although there is currently no cure, symptoms can be controlled with inhalers that act as a preventative measure by stopping symptoms from occurring initially, or by relieving symptoms as they occur.