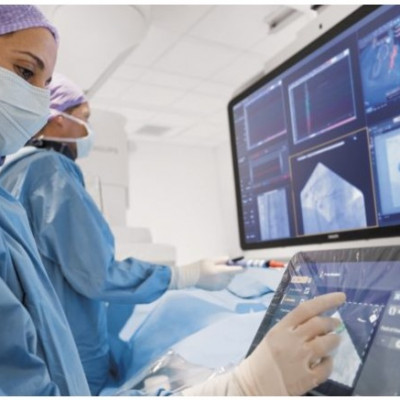 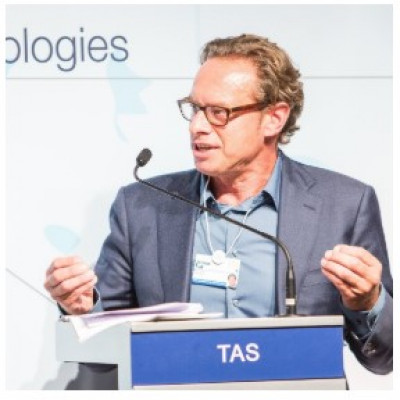 When you think of Philips, what first comes to mind is likely the Amsterdam-based multinational electronics company’s range of household products: vacuum cleaners, blenders, shavers, baby monitors and the like.

But Philips is also a major player in global healthcare technology, manufacturing many of the medical devices and diagnostic machines in hospitals worldwide – from room-sized CT scanners to mobile phone-driven tele-ultrasound equipment.

A good chunk of the company’s medical hardware and software is coming from Israel.

Philips employs 1,085 people in Israel, one of Philips’ five main innovation hubs along with Amsterdam, Shanghai, Bangalore, and Cambridge, Mass. Philips has been operating in Israel since 1948 and actively invests in and acquires Israeli companies.

ISRAEL21c spoke to Royal Philips Chief Innovation and Strategy Officer Jeroen Tas, who will be a keynote speaker at the upcoming MIXiii-BIOMED conference in Tel Aviv next week.

What makes Israel so strong in the healthcare technology space?

But Israel has another key advantage, namely a close tie between medical clinicians and high-tech.

Israel, Tas explained, is unique in the way that “people coming from the medical field are open to applying new technologies” such as artificial intelligence and big data. “When these two worlds find each other, that’s when the magic happens,” he says.

It helps that Israeli entrepreneurs in the medical technology space also “all speak English and have a highly global outlook on business,” Tas said. “They know that you don’t develop innovation just for Israel but for the world.”

Tas added that everyone he meets in Israel “understands how the healthcare system in the US works and has connections there.” That’s particularly important for Philips, since “the US is our largest market.”

Tas gave the example of American Well, a telemedicine company in which Philips has invested. American Well was started in Boston by Israeli brothers Ido and Roy Schoenberg. Its R&D and business operations are in Israel.

Now, American Well is bringing its telemedicine platform to Israel’s Meuhedet HMO. The deal, which could reach a value of up to $60 million, is the first time the company’s software is being used in Israel.

The third element required for success in the burgeoning digital healthcare space, says Tas, is orienting innovation toward a patient’s needs.

Think of how a diagnosis is made today, he explains.

“If you wake up tomorrow with chest pain, you may go to your family doctor.” The physician sends you to the hospital for an ultrasound. “At the hospital, they look at the image and say, you should make an appointment with a cardiologist.” The process can take weeks.

Technological innovation holds out the promise of “shortcutting this process,” Tas said, “by sharing the ultrasound with your family doctor, using artificial intelligence to make a model of your heart, then with a press of a button, you’re connected to a cardiologist – who might be in Israel or in the US – who does the diagnosis then and there. The medication is ordered to be picked up an hour later.”

Telemedicine and remote monitoring will allow people with chronic illnesses and the elderly “to live at home with less hospitalization,” Tas said.

Philips’ latest acquisition in Israel was the healthcare information systems division of CareStream Health, which develops much of its software in Israel. Philips bought the company’s enterprise imaging platform used to detect diseases from radiology data.

While the MIXiii-Biomed conference is an opportunity for Tas to share his vision in a public forum, it offers an equally important space for Israeli innovators to connect with Philips.

“We’re already in tens of thousands of hospitals,” he pointed out. “We have platforms that Israeli startups can tap into that allow them to get to market faster.”