It has been a long and stealthy takeover, but robots now dominate many leading bioscience laboratories, doing in just hours what once took days or weeks. Now the convergence of automation with nanotechnologies, biomedics and advanced algorithms promises to take robotization of medical research much further. 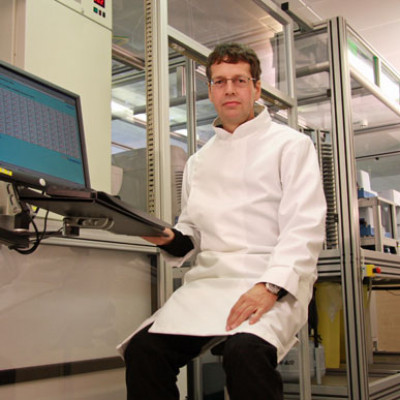 In May of this year, Ross King, professor of machine intelligence at the UK's University of Manchester, traveled east to talk to students at the University of Nottingham campus in Ningbo, China. His paper "Robot scientists: Automating biology and chemistry" was a vindication of theories he and colleagues first proposed almost a decade ago.

In a 2004 letter to the journal Nature, they asked whether it might be possible to automate the actual "discovery" process of observation, deduction and conclusion. This would use a physically implemented robotic system that applied techniques from artificial intelligence (AI) to carry out cycles of scientific experimentation.

In China, as he had earlier at Brunel University in London, Prof. King named the two "robot scientists" Adam and Eve, constructed at the University of Aberystwyth in Wales. These robots form hypotheses, select efficient experiments to discriminate between them, execute the experiments using laboratory automation equipment, and then analyze the results.

Both Adam and Eve have made actual discoveries.

Adam was developed to investigate the functional genomics of yeast (Saccharomyces cerevisiae) and the robot succeeded in autonomously identifying the genes that encode locally "orphan" enzymes in yeast.