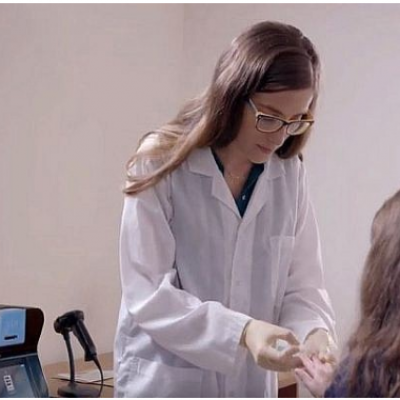 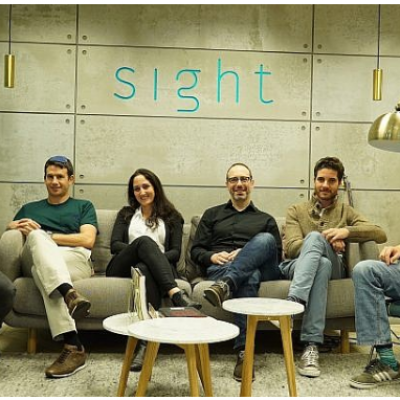 Israeli startup Sight Diagnostics has developed a medical device that allows physicians and nurses to get results of a standard blood count test in 10 minutes from a drop of blood, without having to send the samples to a lab for processing.

Today, blood samples are taken from patients in medical centers and sent to centralized labs for analysis, in which – depending on the nature of the test requested – they are handled by either automated machines or professional lab technicians. Eventually, results are sent back to the referring physician.

“These automated machines are very expensive and the overall process is slow,” said Yossi Pollak, the co-founder and CEO of Sight Diagnostics, a company seeking to improve blood testing methods.

Sight has created a new type of blood analyzer, called OLO, which promises the same accuracy as large laboratory machines, but “for the first time” is cost effective at the point of care, Pollak said. This makes results available much faster.

“Our device is simple, small, and affordable enough to be placed on every doctor’s desk,” he said in a phone interview.

To use OLO, the physician or nurse pricks the patient’s finger and places a drop of blood into a disposable plastic cartridge that is then inserted into the device, which looks like a small home printer. The machine, equipped with a camera, takes thousands of images of the millions of cells within the sample. Then software developed by the firm, based on machine learning algorithms, analyzes the images and provides the results either in a printout or via email.

“OLO does in just 10 minutes what would take a manual technician 100 hours to do,” Pollak said, “with OLO, a nurse or physician can now return patients’ blood test results in minutes.”

Before founding Sight in 2010, Pollak worked for Mobileye, a creator of driver assistance systems that use machine vision and artificial intelligence. “I believed that same AI-based technology could be used to improve healthcare, and specifically blood diagnostics,” he said, “by teaching a machine to recognize what previously only a skilled lab technician could recognize.”

Sight initially started work on a machine to detect malaria via a finger prick of blood. The firm launched its first product, Parasight, in 2015. The device has received the European Union’s CE mark of approval and has been deployed across 25 countries to date, mainly in Africa.

The company’s second-generation product, OLO, performs a blood test known as a complete blood count. CBC, the most commonly ordered blood test in the world, is a fundamental diagnostic tool for physicians, counting red and white blood cells alongside other important blood components. These metrics are then used to help differentiate between viral and bacterial infections, detect anemia, monitor oncology patients, and track health during pregnancy, to name just a few examples.

Sight’s latest analyzer has been approved for sale in the EU and is already in use, mainly in UK hospitals. “We are also forming our first partnerships with pharmacies,” said Pollak.

The firm has applied to get approval for the OLO from the US Food and Drug Administration (FDA). “We anticipate receiving clearance in the coming months,” Pollak said. ”That would pave the way for the product to start sales in the US.”

Vets in Israel and possibly elsewhere already use devices in their clinics to do CBC tests for animals. These devices, however, “are not a good fit for in the human market,” according to Pollak. They require a lot of maintenance, are not easy to operate and not accurate enough, so almost nobody uses them in the human market, instead sending samples to central labs, he said.

“In many cases vets do not have an alternative because there are fewer central labs for the vet market,” he said.

Sight is now studying ways to further expand its platform to include other diagnostic capabilities, like detecting cancer or stroke through the analysis of blood samples, Pollak said.

Sight, based in Tel Aviv with offices in London and Silicon Valley, has raised $55 million to date, from investors including OurCrowd, Innovation Endeavors, GEOC, Longliv Ventures, and Moshe Yanai. The startup has over 50 employees and is growing, Pollak said.