These Israeli companies are trying to solve tough medical issues

The Israel Innovation Authority and the Israeli Ministry of Economy and Industry on Wednesday announced grants of over NIS 25 million as part of an R&D program to support new and innovative medical technologies. 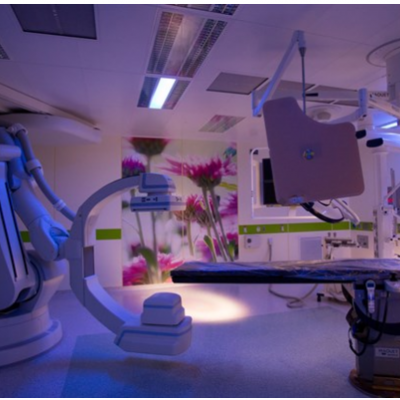 Israeli Minister of Economy and Industry Eli Cohen (Kulanu) said, “In an effort to maintain Israel’s position as a global leader in innovation, significant resources are being invested in the technologies of tomorrow, especially in the fields in which we enjoy a relative advantage. Investing in groundbreaking medical innovation by awarding grants for technological development are key to sustainable economic growth and creating productivity and significant economic value.”

Dr. Ami Applebaum, Chief Scientist at the Israeli Ministry of Economy and Industry and Chairman of the Israel Innovation Authority, said: “As part of our overall strategy, the field of biomedicine is at the top of our priorities, with the potential of becoming Israel’s next growth engine. Alongside the flourishing field of information technology, we set a goal of developing our life sciences, based on of Israel’s world-leading scientific accomplishments and technological strengths.”

Enlivex has developed AllocetraTM, an innovative immunotherapy that rebalances immune system cells in cases of organ or tissue failure like sepsis and GvHD – two life-threatening diseases which lack any medical solution and are accountable for high mortality rates. Sepsis is a serious medical condition that develops following the body’s extreme reaction to infection and may cause tissue damage, systemic failure, and even death. In many countries, sepsis is a leading cause of death among children and adults alike.

Enlivex’s cellular treatment against dangerous hyperactivity of the immune system represents a global breakthrough. In the US alone, 1.7 million people develop sepsis every year. Enlivex is based on technology from the laboratory of Professor Dror Mevorach, M.D. of Hadassah Medical Center who is Enlivex’s founder and Chief Scientific and Medical Officer. Enlivex was established in 2005 and has been supported by the Israel Innovation Authority since its inception. Company headquarters are in Ness Ziona and it employs 30 people.

Cathworks, which develops non-invasive technology that guides stent transplants during cardiac catheterizations, provides a solution for many people suffering from stenosis, the abnormal narrowing of cardiac blood vessels.

According to Cathworks, when catheterization reveals that a patient is suffering from moderate stenosis – something that occurs in a significant percentage of cases – the decision on whether to continue treatment hinges on critical parameters in the patient’s bloodstream - on FFR (Fractional Flow Reserve). These parameters can only be determined by inserting an additional catheter deeper into the vein, beyond the narrow segment afflicted by stenosis. This procedure is time-consuming, expensive, and especially risky since it may cause embolisms that harm the lungs or brain.

Cathworks has successfully developed a number of algorithms enabling the calculation of blood flow parameters based on data retrieved from the original catheterization, without the need for additional procedures. The company has already received FDA approval and CE Mark certification for a first version of its software and is receiving excellent feedback from leading cardiologists worldwide.

In Intensive Care Units (ICUs) and hospital operating rooms, there is continuous monitoring of body functions and vital organs, including pulse, ECG, breathing, saturation, CO2, temperature, and more. However, there is no similar monitoring of renal performance, though the kidney is a vital organ.

RenalSense has developed a precise digital device for measuring kidney function, including urine output and real-time urine analysis. The system monitors and reports on the kidney’s condition 24 hours a day and alerts the supervising medical team of any changes in patients’ renal function. The system also warns in advance of possible renal failure, allows for close tracking of the effectiveness of treatment, and enables better management of patients’ bodily fluids' balance.