'Instead of having to check millions of molecules, we may check just 20, 100 or maybe up to 3,000 molecules,' says Jerusalem-based Pepticom. 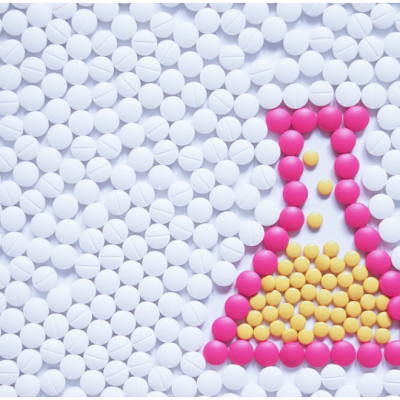 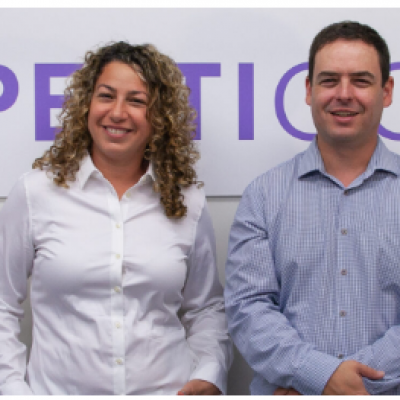 Peptides are the hottest area of new drug development. Medications derived from these “short” naturally occurringproteins – a midpoint between small molecules and large antibodies — are highly targeted and often much less toxic than other treatments.

It’s no wonder, then, that peptide-derived drugs have become a $20 billion market, expected to grow to $43 billion by 2024, according to Zion Market Research.

Despite the promise, however, development of peptide-derived medicines can take many years, leaving critically ill patients no choice but to rely on older, less body-friendly medicines.

Jerusalem-based Pepticom has worked since 2011 on a new way to accelerate peptide-based drug discovery.

Modern drug discovery is no longer about combining elements in a test tube and testing the mixture on some unlucky lab animal. Pharmaceutical companies now have access to massive chemical libraries, from which they can filter billions of possible protein and peptide combinations.

While that may sound impressive, it’s just one billionth of the number that could be screened. In addition, says Lerner, “these kinds of technologies are still very slow and there’s a lot of risk of failure.”

Indeed, 85 percent of the costs of pharmaceutical projects come from failed discovery and development costs.

When drug developers examine which molecules could address which diseases, they look for attributes that can make for an effective treatment.

Among these attributes are size (can the molecule penetrate the cell wall?), the way a molecule binds to a potential target, metabolic stability (will a compound transform into something unintended?) and bioavailability (the percentage of a drug dose that reaches the bloodstream unchanged).

As a result, the number of molecules and combinations that must be screened in a chemical library is much higher than what even the best of modern technology can reach. The chances of finding the right protein to match a particular disease is “like winning the PowerBall lottery four times in a row,” Lerner says.

Pepticom addresses this huge search conundrum with artificial intelligence, which eliminates molecules that will not be viable.

“Instead of having to check millions of molecules, we may check just 20, 100 or maybe up to 3,000 molecules,” adds Maayan Elias Robicsek, Pepticom’s business development officer. “That’s why our chances and success rate is higher.”

So, is Pepticom more of a biotech company or a big-data firm?

“We’re right in the middle,” Lerner tells ISRAEL21c. “We’re not a pure software company, even though the software is very dominant, and we’re not a pharmaceutical company which works on its own assets to develop.”

By assets, Lerner means commercialized drug products – such as Victoza or Zoladex. That’s not to say Pepticom won’t be releasing its own peptide-derived blockbuster drug someday.

Although Lerner cannot share details of that long-range plan, he clearly has in mind companies like the US-based Ra Pharmaceuticals, which has both a peptide discovery platform as well as a new peptide-derived treatment for ALS and immune-mediated necrotizing myopathy. Ra was acquired in October by Brussels-based UCB Pharmaceuticals for $2.1 billion.

For now, Pepticom is all about helping other companies discover drugs faster and with less risk of failure. Pepticom works in collaboration with its pharmaceutical customers – it doesn’t just license its technology and step away.

Pepticom grew out of research conducted by the company’s CTO, Amit Michaeli,who met Lerner when both were working on their PhDs at the Hebrew University of Jerusalem.

Prof. Amiram Goldblum, who heads the Molecular Modeling and Drug Design unit at the university’s Institute of Drug Research, is a cofounder of the company. Pepticom was set up as a private company through the university’s Yissum technology-transfer company.

Pepticom’s team of seven employees, based in Hebrew University’s high-tech village in Jerusalem, may nearly double in size next year, in part thanks to the new $5 million investment from the Chartered Group, which has a strong network of portfolio companies in Europe and Asia.

For agriculture, Pepticom has been working closely with Israel-founded Adama, a leader in crop-protection products.

Lerner praises Israel’s high-tech ecosystem, and in particular, Jerusalem with its biotech expertise and access to talent.

“We’re not only taking a simple problem, building a good software team and putting together the architecture,” he says. “Chemical problems are extremely difficult.”

Fortunately, for those suffering from diseases in need of novel solutions from the hot field of peptide drug development, Israeli startups like Pepticom have not shied away from such difficult problems.